Peru: workers’ anger that new law does not answer their needs

When the legislation that enshrined disadvantageous conditions on the hundreds of thousands of workers employed in the booming horticulture sector was finally buried in December, workers and trade unions were optimistic that their voices had been heard. Despite losing three colleagues during protests that closed the main PanAmerican highway, workers were hopeful that dialogue with government authorities would mean that the problems their mass movement denounced would be resolved with new legislation giving them better working conditions, job security and rights.

However, when the government pushed through its new Agrarian Law 31110 at the end of December, workers’ representatives who had taken part in dialogue felt that their interests had been betrayed and that the new law did little to take on the concerns that had brought them to mass protest action.

In a statement published on 28th January, the Latin American Coordinatng Body of Banana & Agroindustrial Workers’ Unions (COLSIBA) expresses its solidarity with the Peruvian workers’ rejection of the new law. This hastily approved legislation is seen as little better than the law it replaces and continues to enshrine the advantages given to the businesses in the sector without significantly addressing the issues of remuneration, contractual conditions and rights :

• The minimum wage should be raised to S.70 per day, as is the case in other economic sectors.
• The proposed ‘bonus’ payment to workers should be scrapped, as it does not count as regular remuneration.
• Convene a new tripartite commission to discuss new legislation, rather than try to involve workers and unions in discussing the application of Law 31110.
• New legislation should explicitly recognise the right to organise and bargain collectively and protect trade union leaders when legitimately elected by their independent organisations.

The movement also demands that the authors of the shootings of three workers be brought to justice and that their families be compensated. 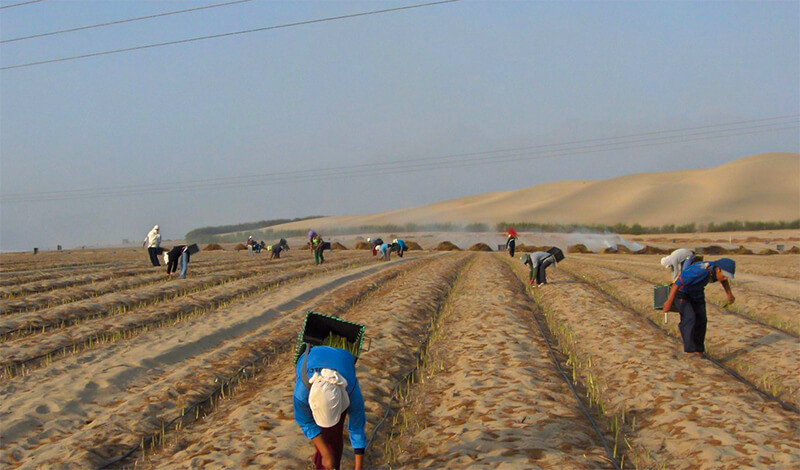