Home » The Problem With Bananas

The monoculture production methods used can destroy entire ecosystems. The banana industry consumes more agrochemicals than any other in the world, except cotton. Some of these chemicals are classified as hazardous by the World Health Organisation.

Agrochemical use pollutes water supplies, contaminates soils, and can have devastating impacts on worker health.

Just a handful of multinational fruit companies dominate the international banana trade – Dole, Del Monte, Chiquita, and Fyffes – but it is supermarkets that are now the most powerful actors along the banana supply chain.

Supermarkets are able to make substantial profits by paying unsustainably low prices to the fruit companies that market bananas and / or own plantations. On average, workers only earn between 4 – 9% of the total value of bananas, whilst retailers keep are able to earn up to 40% of the price paid by consumers. In some countries retailers keep even more.

The ‘Race to the Bottom’

A ‘race to the bottom’ in the banana industry has been fuelled by the low prices paid by supermarkets and the cost cutting actions taken by fruit companies as they relocate in search of cheaper labour and weaker legislation in exporting regions.

This has also led to unfair trading practices (UTPs) being imposed on workers in the banana sector. A survey carried out in 2011 amongst food suppliers throughout Europe found that 96% of respondents had been subjected to at least one form of UTP and the majority were unlikely to pursue legal action. For example, employers have increasingly sub-contracted labour in a bid to reduce their responsibility for working conditions, the respect of core labour standards or payment of a living wage.

Plantation labour is increasingly casual with many workers on temporary contracts or hired on a daily basis. In several countries, membership of independent trade unions has fallen as a direct result.

Plantation conditions are harsh, for example, male and female workers can often work for up to 14 hours a day without overtime in unbearable heat, for up to 6 days a week. Many workers fail to earn a ‘living wage’ to cover their basic needs such as housing, food, clothing and education. Most bananas exported to Europe are grown on large-scale plantations in Latin America, and increasingly, in Africa. Banana plantations are monocultures – where only one type of crop is grown. At least 97% of internationally traded bananas come from one single variety, the Cavendish. This lack of genetic variety makes plants highly susceptible to pests, fungi and diseases, and therefore large quantities of insecticides and other pesticides are applied to the crops. In fact, bananas are sprayed with more pesticides compared to other tropical fruit because of the fruit’s thick peel. SomeMost plantation owners – in the highest rainfall areas where disease pressure is greatest – will spend more money on agrochemicals than on paying their workers. As the pests and diseases adapt, ever stronger, more harmful pesticides need to be applied. Fertilisers and pesticides can have a devastating impact on the environment, such as polluting water channels and leading to eutrophication, resulting in the destruction of aquatic life, including coral reefs. Carelessly stored chemicals can also seep into the soil and water courses, leading to soil contamination and water pollution.

Impacts on Workers & Their Communities

Polluted water is used for drinking, cooking and washing. Agrochemicals are applied by hand and aerially sprayed. It is estimated that up to 85% of chemicals sprayed by plane fail to land on the crop, instead saturating the whole area, including workers, their homes and food. Laws prohibiting workers from being in the fields when spraying takes place are routinely violated in some countries. For example, it still occurs in Ecuador despite extensive media coverage about the impact of aerial spraying.

For plantation workers and local people, the health impacts of extensive agrochemical use are numerous, ranging from depression and respiratory problems to cancer, miscarriages and birth defects. Tens of thousands of workers left sterile by the use of a nematicide, DBCP, in Nicaragua and Costa Rica in the 1970s are still seeking justice in the US courts from the multinationals involved.

Women workers in countries such as Ecuador and Colombia can represent as little as 5% of the workforce, because employers view women as ‘high cost, high risk’ employees, and women are often denied maternity benefits. They are often offered short-term contracts, and are at constant risk of losing their jobs. In some Latin American countries, women have to produce medical certificates proving that they are not pregnant, or submit pregnancy tests before they are offered jobs. Those with jobs can be the victims of sexual discrimination and harassment.

The health and safety of workers is compromised by routine exposure to toxic agrochemicals and a lack of appropriate safety equipment. Field work is very physically demanding, especially given the tropical conditions. In packhouses, repetitive actions cause strains and injuries. Robust, independent trade unions are vital to educate workers about health and safety at work and ensure that national legislation as well as private standards are observed. Trade union membership is low in some exporting countries due to the widespread use of a range of anti-union tactics by national and multinational banana companies. In Guatemala, banana workers face some of the worst conditions, and trade union activists have faced the widespread use of violence and even assassination. In Costa Rica, the banana companies use non-union committees and the ‘Solidarismo’ movement to prevent independent trade unions from forming or from gaining members. These committees sign so-called ‘settlements’ covering piece-rates and conditions that the industry presents to the outside world as collective bargaining, but in reality the workers have no real say. Across the industry, national and international labour laws – such as the right to join an independent trade union and bargain collectively – are regularly violated, despite their ratification by producing country governments. In recent years there has been a trend towards the privatisation of labour standards through the certification of banana plantations.

Who Earns What from Field to Supermarket?

These diagrams illustrate how the value from the sale of bananas is distributed along the supply chains of bananas imported into the UK in September 2018.

The UK grocery sector is one of the most diverse and sophisticated in the world. In 2014, it was worth £175 billion, rising by 2.8% compared to 2013. Bananas are the single biggest value item sold on UK supermarket shelves. The UK market for bananas is one of the biggest in Europe, and the UK consumption per capita is the second highest in the EU.

Bananas are frequently a weapon of choice in the price wars pursued by our major supermarkets. Over the last few years, banana prices have been pushed down to ridiculously low levels, selling for several years in most major multiples at 68p per kilo, more than a third less than they were in 2002! As a result, average banana consumer prices fell sharply by more than 50% in real terms between 2000 and 2014. Although supermarkets sometimes fund these price wars (by slashing their margins), they enjoy such significant buyer power in practice that the cuts are simply passed onto suppliers until they reach plantation workers, the weakest link in the chain and therefore the ‘easiest’ to squeeze.  The evidence shows that prices paid for bananas have not reflected increasing costs of production.

Workers are the ones that can least afford the cuts. Their tiny share of total value often fails to provide a living wage (to cover essential needs including food, housing and education). The majority of plantation workers live in poverty and too many still have their most basic labour rights abused. Furthermore, price wars also affect smaller independent producers who are unable to trade at such low prices. Bananas are an important cash crop for developing countries and it is the most consumed fruit in North America and Europe. However, for many years, the banana economy has been a prime example of unfair trading practices and power concentration in multinational companies.

In late 2015, the Make Fruit Fair! campaign published a research report, produced by BASIC, exploring Banana Value Chains in Europe and the consequences of Unfair Trading Practices(UTPs) between fruit buyers in Europe and banana producers in exporting countries, their consequences on farmers and workers, and the relationship with the pressure on prices in European markets.

Banana producing countries are predominantly concentrated in South-East Asia, Latin America and the Caribbean, with Ecuador, Colombia, the Philippines, Costa Rice and Guatemala accounting for more than 80% of global exports. Although a handful of companies – Chiquita, Del Monte, Dole and Fyffes – traditionally dominated the market, their share of the trade in Europe dropped from 80% in the 1980s to 39% in 2013.

The EU is the biggest world importer of bananas, accounting for 28% of all imports, the majority being sold by the EU’s ten biggest retailers.

Retailer competition has led to the average consumer price of bananas being 25% lower than that of apples, despite the costs associated with being imported over thousands of kilometres. Moreover, the value breakdown of bananas reveals that an average of between 36 and 43% currently goes to the retailer, whereas workers are becoming more vulnerable to price wars and receive only 5-9% of the value of the crop.

Although, with the exception of the UK, consumer prices have remained relatively stable across the EU since 2001, the import price of bananas has dropped by 20% over the same period. This has negatively affected all major countries supplying bananas to the EU, where the cost of living has increased 107% on average since 2001.

As a result, farmers in exporting countries are being squeezed by price pressures from buyers and rising production/living costs. According to national consumer price indices, the cost of basic resources such as food, health, housing and education has increased since 2001 by 92% in Colombia, 129% in Ecuador, 218% in Costa Rica and 278% in Dominican Republic. In terms of production costs, inputs like fertiliser and pesticides now cost on average 195% more than they did in 2001, whilst shipping costs have increased by 233%.

The decreasing share of the value received by banana growers is having significant social and economic impacts on producing countries. Farmers are receiving lower incomes and are often forced to work longer hours to make a living. This carries serious implications for health and human rights in big plantations too, as production intensification and resource cuts limit workers’ protection against toxic agrochemicals. 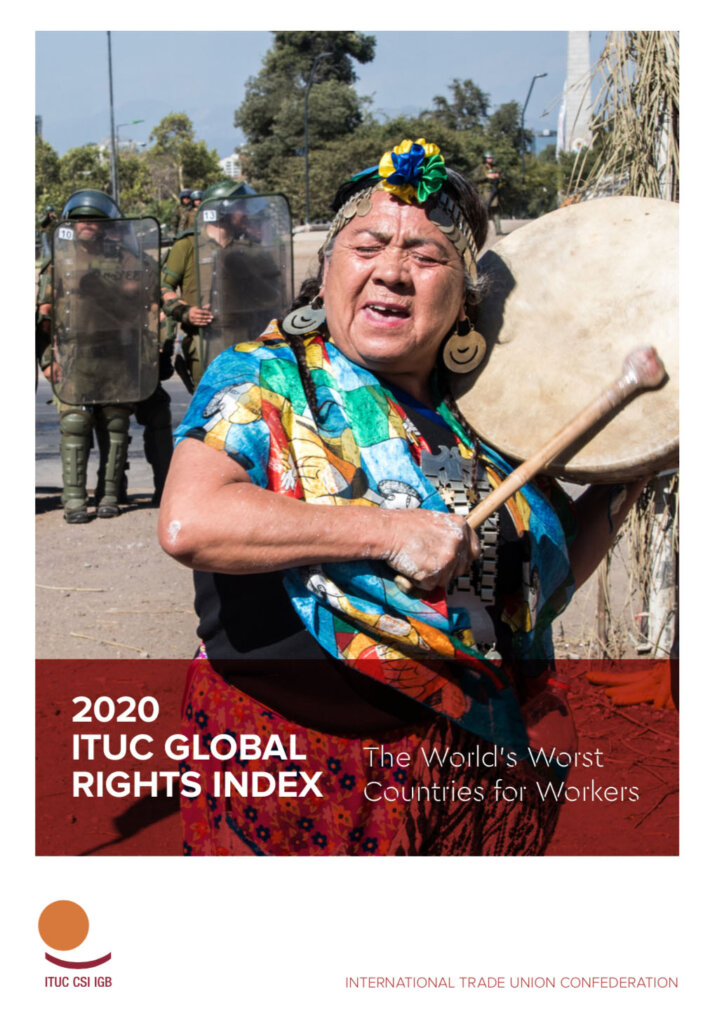 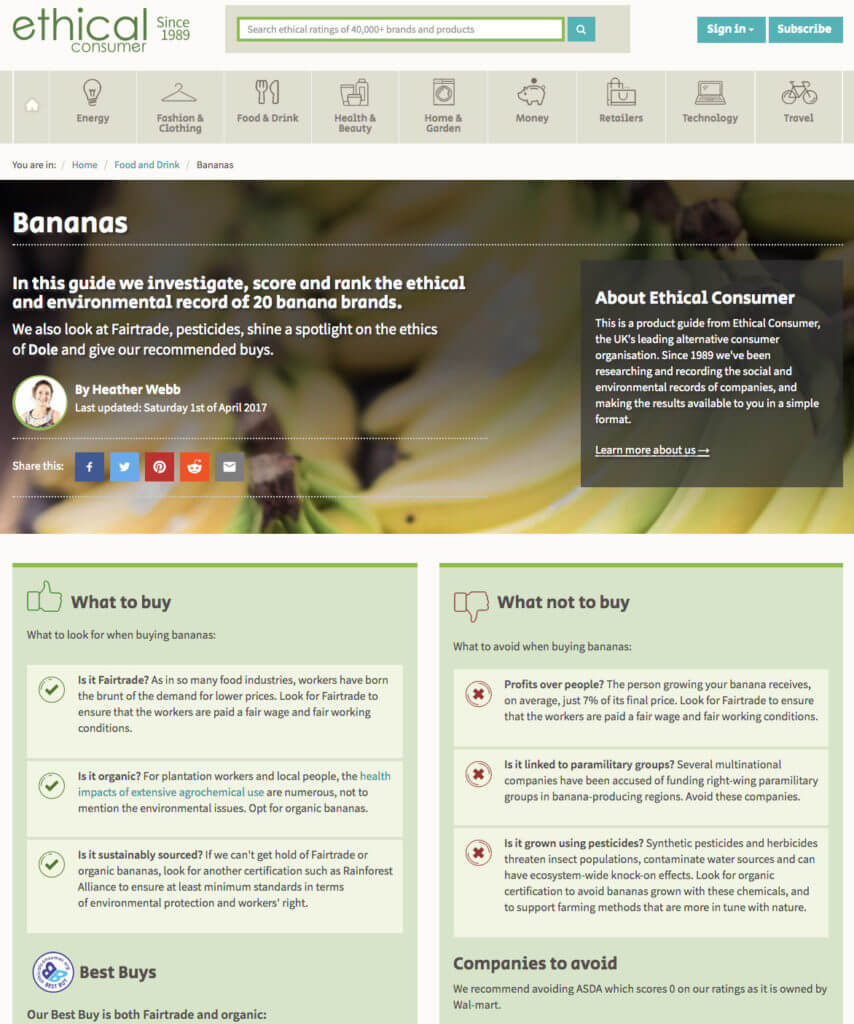 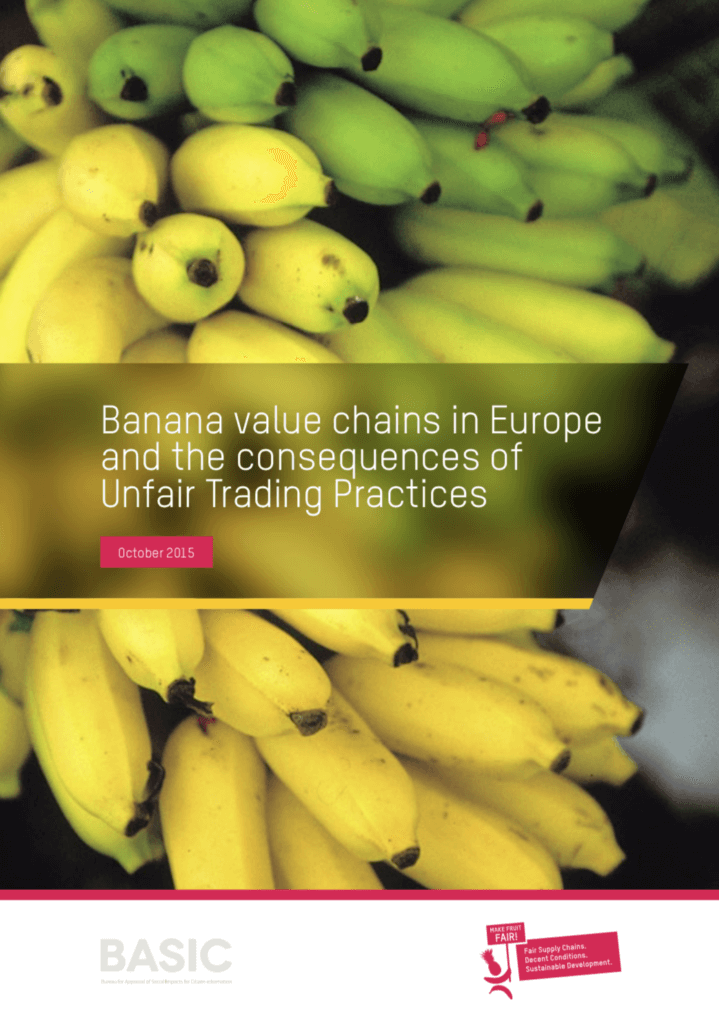 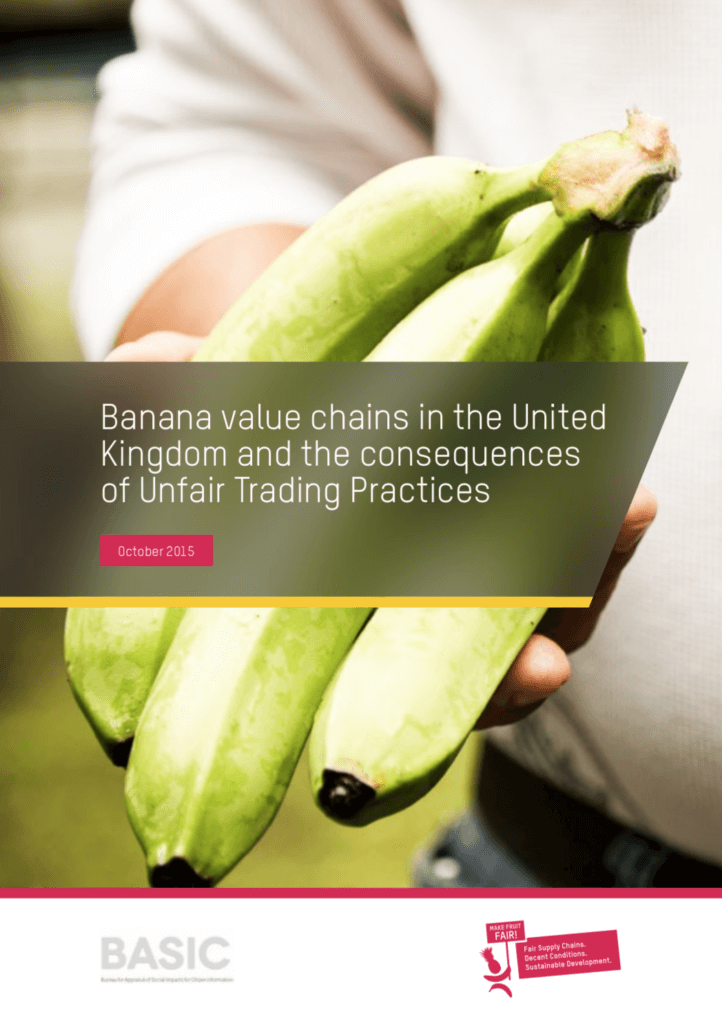 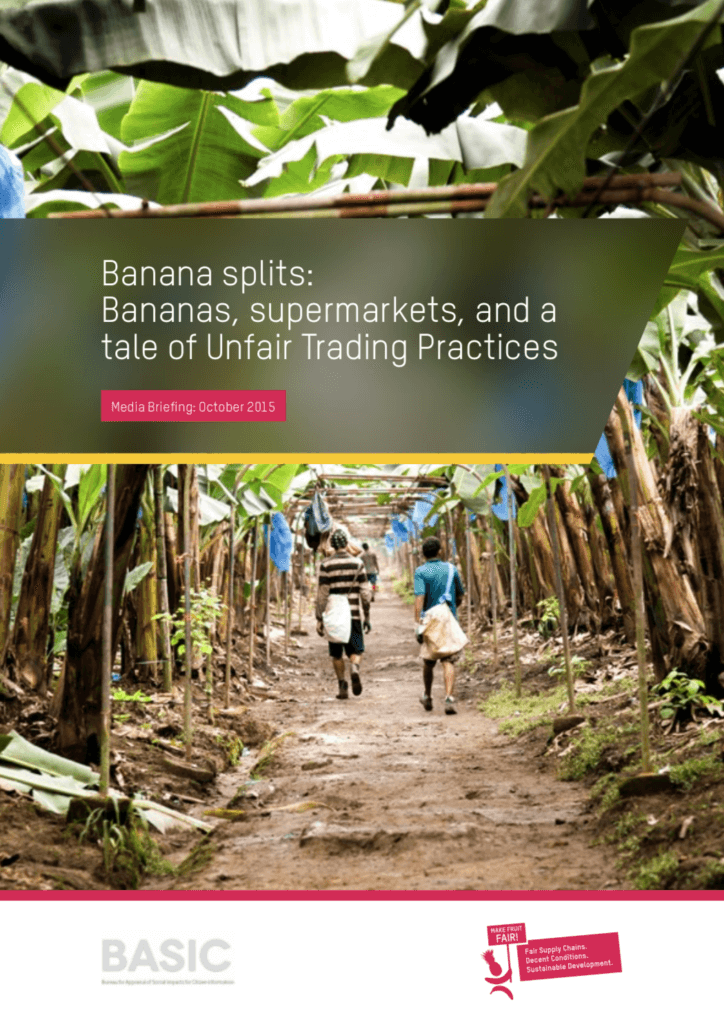 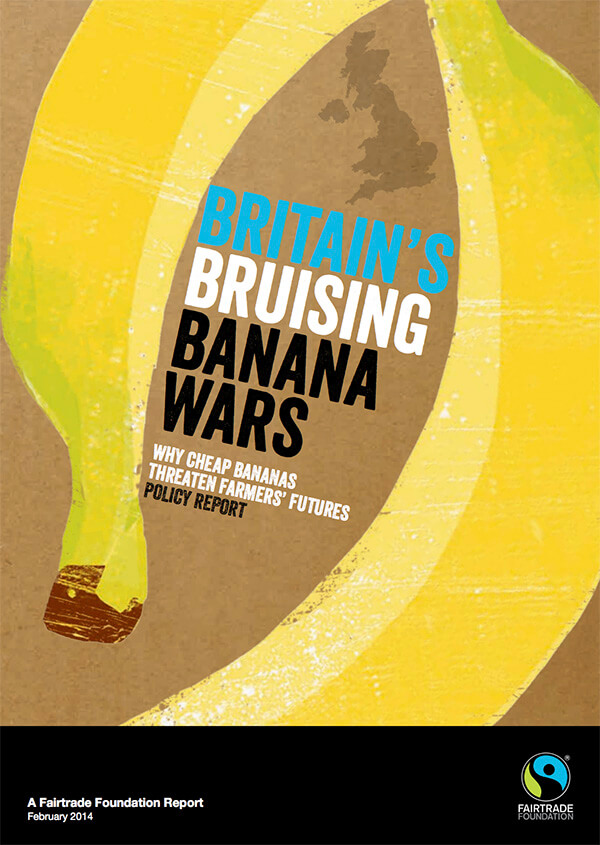 The film Bananas Unpeeled investigates the social and environmental issues facing banana plantation workers and farmers in Latin America and the Caribbean. In Latin America, banana production for export takes place on large plantations, where harsh working conditions and environmental damage are the norm.
Just five companies control over 80% of world trade. Meanwhile, small Caribbean banana farmers are being squeezed out of the market by a war in the World Trade Organisation led by the multinational banana companies. But alternatives are emerging…

Good Practices In The Banana Industry

Women In The Banana Trade