Home » Where We Work » Costa Rica 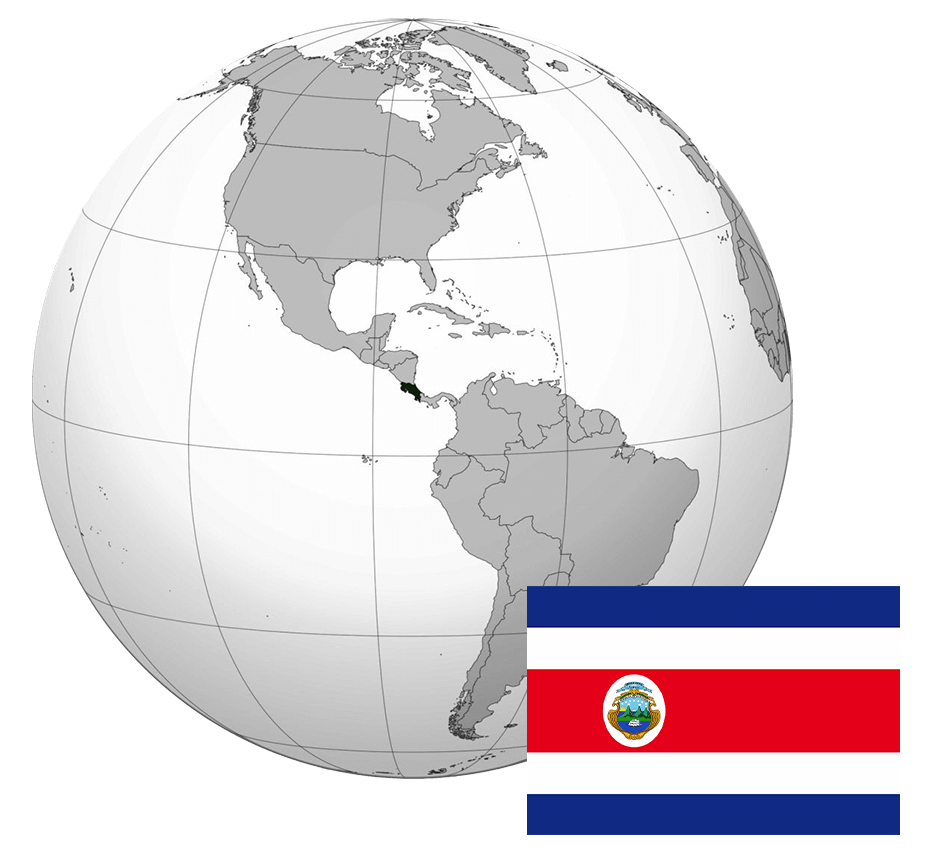 Costa Rica is the biggest supplier of pineapples and the second largest of bananas to the UK market.

Costa Rica’s pineapple sector employs about 32,000 people directly and generates exports of about one billion dollars a year, which is the equivalent of 10 per cent of the country’s total exports, making it the country’s main agricultural export.

SITRAP currently has a presence in over 50 banana and pineapple plantations belonging to Dole, Chiquita, Acon, Calinda, Fyffes, Matera, Pelon and Corbana. SITRAP has continued, with funding from UNISON, to make significant progress organising in a very hostile anti-union culture. 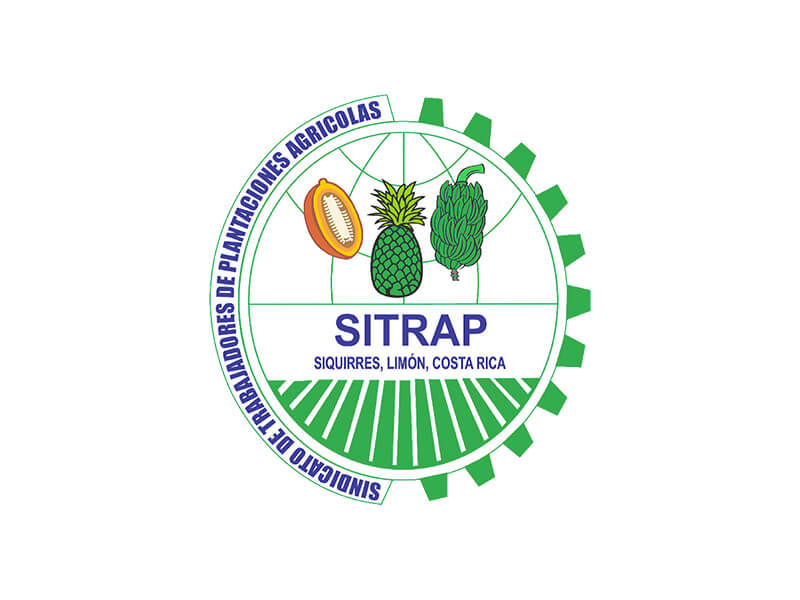 
SITRAP is currently receiving funding for its work from: And has previously also received funding from: Costa Rican banana and pineapple workers face some of the world’s most exploitative and difficult working conditions, with long hours, low pay, union hostility and extreme gender inequality and harassment. Through financial support from UK trade unions SITRAP has made crucial advances in workers rights and gender equality on plantations. Since law reform in 2016 unions have had more power and efficacy. In recent years they have started negotiations with many transnational companies, continued legal work representing unfair dismissals, injuries and discrimination, increased the number of women members and provided personal protective equipment for workers. 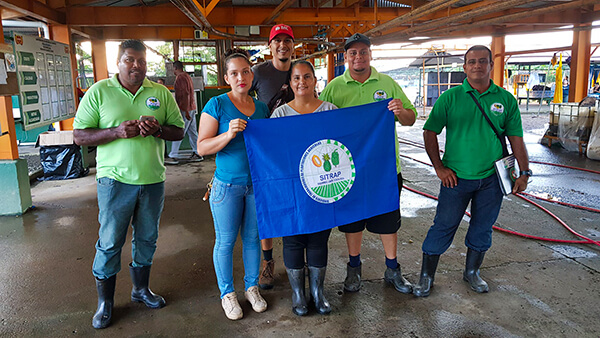 You can also support our work with SITRAP by:

Recruiting a New Member Every Day! SITRAP have gone from strength to strength with support from UNISON over the past year, with the capacity building of union reps driving forward change and improving the lives of even more workers and their families: The agreement signed is the first new CBA signed between an independent trade union and a multinational fruit brand since the industry and powerful allies attempted to wipe unions off the map at the height of the Cold War in the 1980s. The CBA includes a series of important clauses giving worker representatives on plantations the time and facilities to meet freely and present grievances and new ideas to management through regular dialogue.

This was followed by a second agreement with workers at Del Monte’s Duacari 3 plantation in June. Didier Leiton, SITRAP General Secretary, expressed his gratitude for UNISON support. Solidarity between the unions over the years has been invaluable in building the union’s education and organising capacity. The signing of this CBA shows the powerful role of international solidarity in challenging union repression on a global scale. SITRAP are optimistic that the signing of this CBA bodes well for organised workers being able to negotiate similar agreements at other plantations in Costa Rica.

This is an incredible achievement, bolstered by international solidarity, as for all but the first 10 years of its existence, SITRAP has operated in a hostile environment where freedom of association is constantly challenged. In December 2018 a workshop was held on Procedural Labour Law Reform, delivered by an employment law lecturer at the University of Costa Rica. As well as SITRAP representatives and SITRAP’s lawyer, a group of current law students also attended. SITRAP General Secretary, Didier Leiton, welcomed and celebrated engagement with the students and University as these will be the law-makers and defenders of the future.

SITRAP has also taken part in a number of private hearings at the Ministry of Labour and Social Security (MTSS) concerning the unfair dismissal and treatment of employees for reasons including: dismissal for breastfeeding, psychological aggression/bullying and abuse of authority directed at women employees.

Between the months of December 2018 and March 2019 SITRAP raised 15 cases of health-related or discrimination-based dismissal. Under the new law on labour procedural reform, for which SITRAP and other unions strongly advocated, 6 of those workers have since been reinstated. These success stories demonstrate the enormous impact of SITRAP’s advocacy work and the benefits of being able to work closely with their employment lawyer. In the past year SITRAP have continued working to strengthen women’s leadership skills as part of work towards gender equity in the workplace. On March 10th, to mark International Women’s Day, SITRAP held a women’s workshop comprised of representatives from the grassroots executive committees, union members and executive committee discussing issues of health and safety at work. The women discussed the issues they face, the affect work has had on their health and the lack of response from their employers. The session highlighted the integral role the union can play in defending the rights of women and men workers with regard to occupational health and safety.

Women’s Officer Mireya Salas Rodriguez was invited by the Minister for the Status of Women, Patricia Mora Castellanos, to speak at the Costa Rican Labour and Social Security Ministry to raise the issues women workers face at work, including: no time allowed for breastfeeding, dismissal for pregnancy and sexual harassment. The Minister then came to a subsequent SITRAP workshop for women and discussed a proposal for an education project to strengthen women’s leadership for workers in the banana and pineapple industries.

SITRAP hope to continue their dialogue with the labour ministry to ensure the rights of women are respected across all workplaces and that employers stop viewing women workers as a ‘cost’ but recognise them as an asset to the workforce and to the business.

Donations towards the costs of delegates attending the SITRAP Annual Assembly, which took place in Costa Rica on 20 January 2019 in the heart of Limón’s banana growing zone at the Pococí Expo Centre in Guápiles. We managed to raise just over £1000, which far exceeded our expectations, and enabled over 200 delegates to attend the event. Hundreds of SITRAP members and their families were bussed in from all over the region on the day, during an operation that, for some, commenced at 3.30am to ensure that everyone was present for breakfast and an 8am start.

Costa Rica has traditionally been a hostile environment for trade unions. However, the passing of a Labour Reform Process Law in 2016, has made it more difficult for employers to arbitrarily dismiss trade unionists at will, and has enabled SITRAP to significantly build its membership.

The cumulative effects of SITRAP’s continuing membership drive, the space afforded to it by the passing of the new law, and the pressure being brought to bear by motivated consumers in European markets, led to the signing of a first collective agreement just before the meeting.

This success is testament to the tenacity of SITRAP which has kept the educating and organising work going, to the point now where workers are overcoming the fear of harassment should they join a union.

Albino Vargas Barrantes, the General Secretary of ANEP (the National Association of Public and Private Employees in Costa Rican), who spoke at the meeting, described it as an “historic moment” in Costa Rica’s labour history. Working conditions on plantations are extremely tough….workers tell their stories about the impacts on their health, income and rights.

Costa Rica is one of the most beautiful countries in the world but land and water are being polluted by industrial scale agriculture.

Where does your fruit come from and at what cost? | DW Documentary