Home » Where We Work » The Philippines 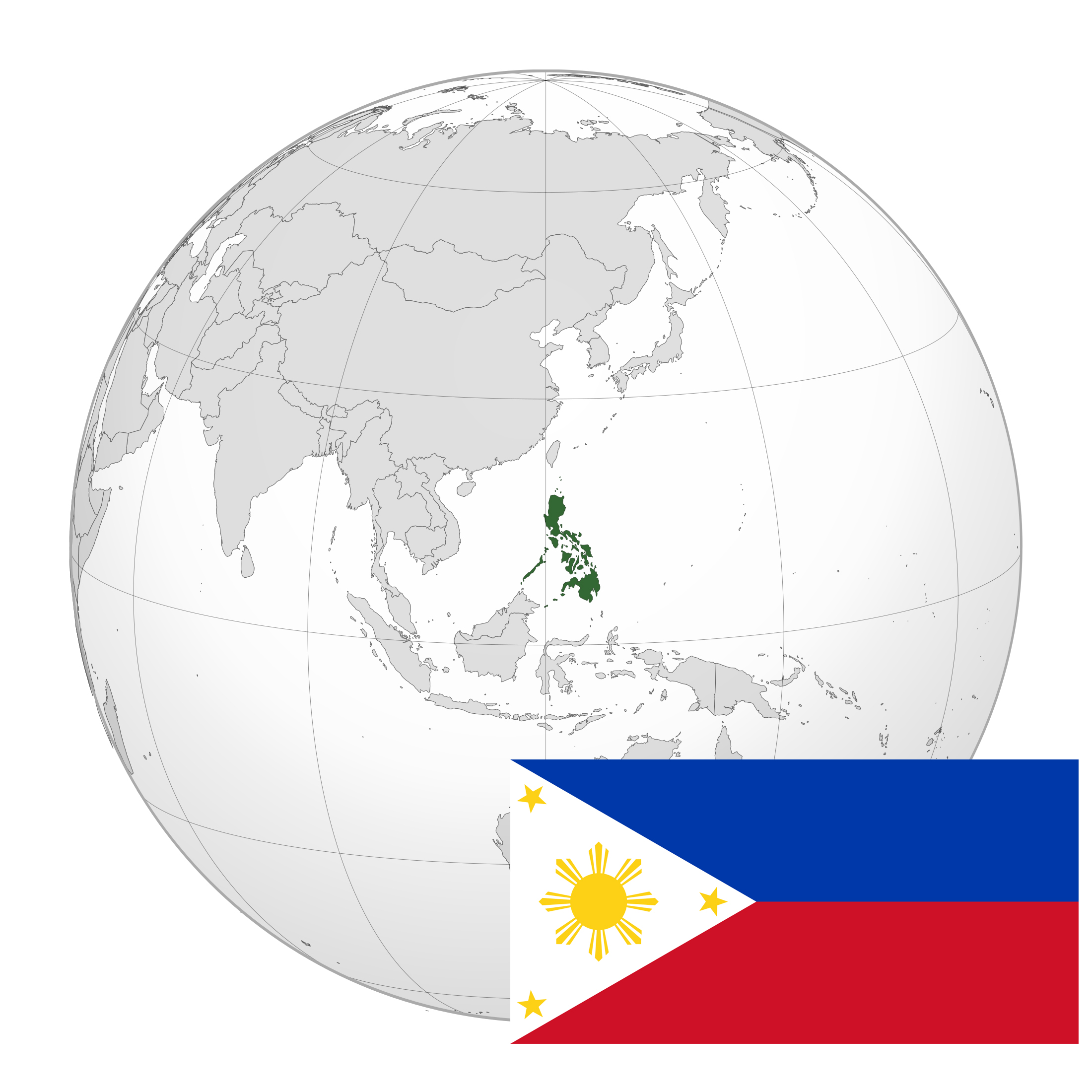 In recent years the Philippines has been in the top five banana exporters in the world, and the top ten in production, exporting around 3.5 million tonnes of bananas annually. The Philippines consists of 7,640 islands, about 200 of which are inhabited. In 2018 84% of bananas (and 99% of the Cavendish cultivars) were produced on the island of Mindanao, with Davao region, Northern Mindanao and Soccskargen as the top three regions.

Cavendish is the most grown variety in the Philippines, accounting for 53% of all bananas, followed by Saba (28%) and Lakatan (10%). Cavendish cultivars are grown in a variety of plantation sizes for domestic and export markets, and a small amount for home consumption. A small portion of the country’s exports are organic bananas.

Farmcoop (Foundation for Agrarian Reform Cooperatives in Mindanao) is a not-for-profit organisation founded in 1995 with the original aim of reforming agrarian law to liberate workers from poverty and give them an improved quality of life on the Philippine island of Mindanao. They now work with farmers’ cooperatives assisting in areas of development, financial aid, research, and relations in the industry. Today they aid more than 6000 farmers and with over 10,000 hectares of land in Mindanao where bananas, coconuts, palm oil, coffee, cacao, and vegetables are grown to supply the local and global markets.

They work with farming cooperatives that support small-scale farmers, agrarian reform, and indigenous people. As well as agrarian issues, they support indigenous communities in developing their infrastructure, agro-forestry, cultural regeneration and preservation, community health and parent education, youth capacity building, and peacebuilding. Currently, they are aiding the development of farmers producing processed goods to add value to their produce.

History of Land Reform and Cooperatives in the Philippines 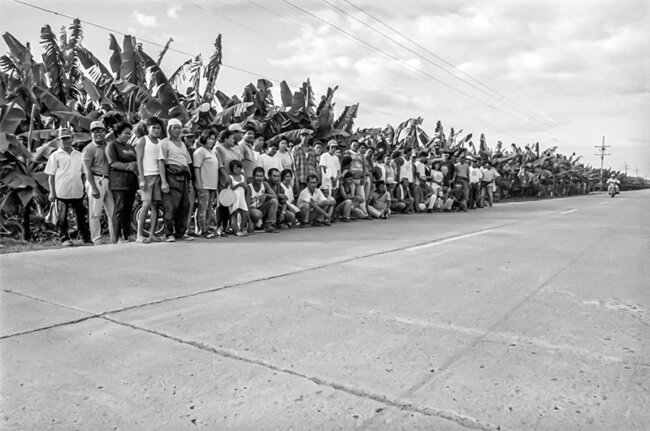 In the Philippines during the nineties farming communities decided to make a radical change to improve the lives of the many landless farming families who had been working on plantations for generations. the Philippines is generally an economically poor nation with a stagnant agricultural industry, forcing millions of Filipinos to emigrate in order to make a living and send remittances back to relatives.

In 1991 there were 11 million landless farming families, 40% of the total agricultural community, a figure which had doubled in 20 years. Land reform had been attempted several times before, often failing and leading to the marginalisation of indigenous populations. To encourage economic development the government sold land to foreign investors who opened large banana plantations, helping to secure the Philippines as a top global banana producer. From these large plantations, many unions were formed, but in 1972 the president ruled labor organising dangerous and illegal. In 1987 a new constitution was written, and thanks to the protests of over ten thousand agrarian workers, land was permitted to be transferred to local ownership.

Organisations such as FARMCOOP were set up at this time to aid farming communities in petitioning for ownership of the land and to unite smaller cooperatives of the new family farms being formed. They also fought to reform the new constitution, as it had many flaws including families only owning the land for ten years, and stocks being given in place of land. Their work brought about, improved contracts with foreign firms, increased income for member cooperatives, and consequently improved infrastructure and living standards.

Climate change and the effects the Philippines

Exposure to environmental changes and extreme weather patterns has affected the Philippines in a severe way. Between the two extremes of droughts and typhoons, several problems are caused such as food and water scarcity, affected crop production, flooding, and pests and diseases. There has been an increase in the last twenty years in extreme weather patterns due to climate change, this increase meant that in 2017 the Philippines was listed as one of five countries in the world most affected by climate change.

The climate of the Philippines is highly influenced by the El Niño Southern Oscillation. El Niño and La Niña are opposing extreme weather patterns that are occurring more frequently and for longer periods of time. El Niño decreases trade winds, shifting the jet stream and causing an increase in droughts in the Western Pacific, and La Niña is the opposing weather pattern causing increases in trade winds resulting in typhoons and floods in the Philippines. Floods and storms have increased from less than 20 floods in the sixties- affecting less than three million people, to more than 110 floods in recent years- affecting around 35 million people. On the other hand, the 2016 drought impacted 16 out of 18 regions of the Philippines costing 325 million US dollars in crop damages between 413,456 farming households. These events impact crop production through the destruction of crops, soil erosion and salinisation, and disease and pests. This then reduces exports and income from production, consequently causing food and water insecurity and malnutrition.

FARMCOOP is attempting to convert agrarian communities to organic farming, and also develop climate-resilient agriculture. This venture has included agroforestry, crop diversification, water and soil conservation, and promotion of climate-resilient indigenous crops. There are many challenges to this development such as the community having become accustomed to using harmful fertilisers and pesticides, the lack of educational and financial resources, the long transition period to organic production, and variabilities in application.

The Gender Action Learning System (GALS) is a community-led empowerment methodology based on underlying principles of social and gender justice, inclusion and mutual respect.

GALS uses participatory processes and diagram tools to enable household members to negotiate their needs and interests to find gender-equitable solutions in livelihoods.

Banana Link produced this video as a case study for our comparative analysis of initiatives to achieve progress towards gender equity in agricultural value chains.

As the second largest producer of bananas in the world, the Philippines has become a major player in the banana exporting industry. However, hundreds of banana farmers in the country face contract issues that reduce their incomes and increase their vulnerabilities to different kinds of risks, such as climate variability and disasters.

To improve the situation of these banana farmers, the Gender Transformative and Responsible Agribusiness Investments in South East Asia (GRAISEA) programme, through its partner IDEALS, has conducted legal clinics and financial management seminars,; facilitated engagements with the government, banana companies, and other stakeholders,; and implemented gender-based training to encourage more women participation in the industry.

Wholesale prices of Cavendish bananas from the Philippines has increased 25% in the last 3 years, according to one retailer in Singapore. Why? Banana plantations in Compostela Valley, the banana capital of the Philippines, were hit by the Panama disease in 2014, leading to a shortage in supply, driving prices up.

Yet, farmers and contract work packers are not seeing the benefits of the price hike. So where is the money from consumers going to, ultimately?

Southern Philippines one of the worst affected areas of ‘Panama disease’ eating through hectares of banana crops.

This documentary exposes the shocking working conditions in the Philippines pineapple industry. The reality on the island of Mindanao is harsher than the name ”Land of Promise” would suggest: the majority of the workers are underpaid, have uncertain contracts and have to struggle with unhealthy working conditions.

MORE ABOUT WHERE WE WORK ...