Despite the major logistical problems along the supply chain provoked by lockdowns during the first wave of Covid-19, Ecuador’s banana exports have reached an all-time record high in 2020, up by 5% compared to 2019 (the first 45 weeks) and by 10% compared to the previous three year average. The continued expansion of productivity and the area planted have more than offset the damage resulting from the eruption of the Sangay volcano earlier this year.

Only one of the big four Latin American exporting countries – Guatemala – has recorded a slight reduction (1%) in export volumes, ending a very rapid rise in exports over the preceding ten years. The country remains dominant, however, in the North American consumer market, where nearly two in five bananas sold are produced in Guatemala.

But at what cost?

Declared a pandemic ‘essential activity’ by governments across the region, fresh bananas for export have successfully navigated a period of logistical chaos. But the question is: at what cost?

The regional trade union body COLSIBA reports that in many countries this record economic performance is at the expense of workers and their health: In Ecuador, a drastic reduction in permanent contracts and very patchy respect for virus protection measures; in Costa Rica, excessively long working days (on average between 8 and 14 hours above the 48 hour/week maximum according to a report commissioned by the ILO to be published this month); in Guatemala, many producers in the plantations of the Pacific South, do not respect basic labour rights and, in some cases, do not even pay the minimum wage.

Colombia’s main exporting region of Urabá is the exception that proves this unfortunate rule, where a model Biosecurity Protocol negotiated between the producers’ association Augura and the trade union SINTRAINAGRO have meant that neither wages nor conditions were negatively affected for the great majority of the country’s banana workers.

The concerted push in the last few weeks by seven Latin American and Caribbean exporting industries and, in some cases, their governments, highlights and seeks to resolve this contradiction: as long as the buyers in major markets like the UK and Germany do not grasp the mettle and raise prices for this ‘essential’ food, it is the workforce and their families and communities who will continue to pay the price. In countries like Ecuador, it is the people who depend on this trade who have become the most visible ‘externality’, as the economists say. 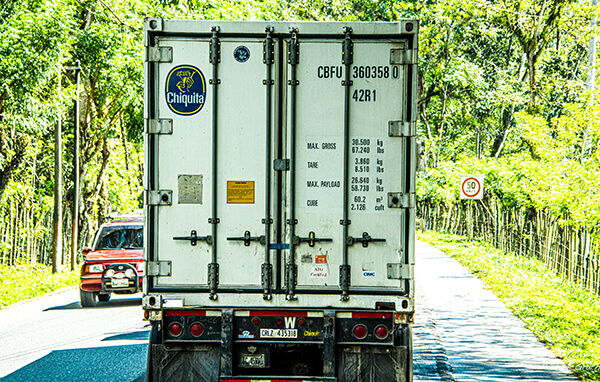