In an update to our report below, lawmakers in Peru have repealed the highly contested agricultural law, following five days of demonstrations and roadblocks led by farmworkers across the country and after at least one person was killed on Thursday when police opened fire on protesters.

Agricultural workers in the Ica region of Peru have mobilised this week in demonstrations demanding better pay and working conditions, and the end to a law that means they do not share the same labour rights protections as workers in other industries, and enables the exploitation of workers by agri-business firms.

The mobilisation has included days of strikes and road blocks, including hundreds of workers who blocked the Pan American highway 300 km (190 miles) south of Lima, leaving trucks and motorists at a standstill for hours. There are also reports of material damage at some of the bigger agri-business properties in the region.

Initially enacted in 2000, the Agrarian Promotion Law created a specific labour regime for seasonal farm workers, allowing employers major exceptions to standard labour legislation in the country, along with favourable tax treatment for export-oriented agriculture. The specific regime was extended last year by the Peruvian government to the year 2031, despite lobbying by many parties. Some improvements were made in terms of holiday rights and social security coverage, but the regime means workers are not able to enjoy decent pay and conditions.

Peru’s booming agriculture export sector now employs an estimated 800,000 workers and produces a wide range of fruits and vegetables, from mangos to blueberries and asparagus, which are exported to the North America, Europe and China. The sector has seen its annual
turnover soar over the last two decades from a few hundred-million dollars to nearly $8 billion.

News media have reported that a delegation from the national government arrived in Ica late on Tuesday (3 December) on a mission to “establish a space for dialogue and listen to the demands of the workers’ leaders, with the mediation of local authorities.” But talks between the officials and representatives of the workers ended without agreement. The unions, under the umbrella of the Confederation of Peruvian Workers (CTP) have called for a further day of action today (Friday 4 December) and continuing into next week in the agribusiness heartlands of the North.

The CTP and other Peruvian trade union confederations are calling for a complete reform of labour legislation covering the private sector and advocate a national Labour Code that includes many of the provisions that were in place before the Fujimori dictatorship came to power and sought to crush all social movements including legitimate trade unions.

Among the current protesters are members of the FENTRAIR federation of agricultural workers’ unions, founded in 2015 by Banana Link partner SITAG, which represents several thousand workers involved in the production and export of organic and Fairtrade bananas.

Banana Link is in communication with the unions in Peru and are offering practical support to their struggle for non-discriminatory legislation and better wages and working conditions. Along with many other civil society organisations inside and outside Peru, BL has consistently advocated an end to the discriminatory 27360 Law that allows employers to hire people under much worse terms than standard labour laws.

European-based trade unions, like the Dutch FNV that is actively promoting social dialogue in the agribusiness sector, reports that the Peruvian horticultural industry can indeed afford to pay decent living wages in most cases. However, the pressure from big buyers around the world has not yet been felt, nor has the pressure from consumers who expect respect for workers’ rights to organise for better conditions by bargaining freely with employers.

Banana Link calls on buyers in the UK and the rest of Europe to make their voices heard on behalf of their customers. There are opportunities to support real dialogue and negotiation that need to be seized. 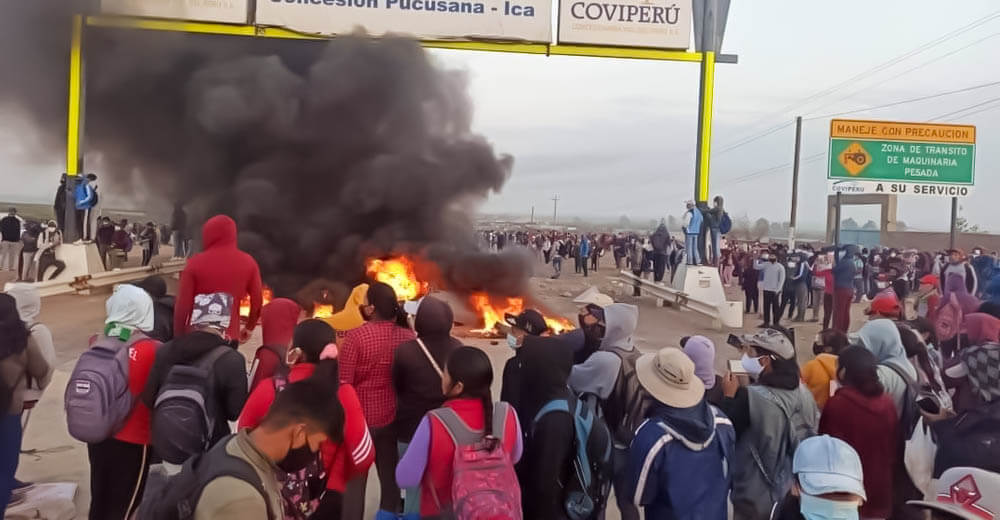