As the graphic below from the FAO’s Banana Market Review 2019 clearly shows, Asia is very much a region to watch, as export volumes increase and as China secures its very considerable national consumption from a growing diversity of sources, including Latin America. China’s own problems with domestic production relating to TR4 and climate change are clearly a critical factor, as will be the fast-growing national retail chains and their sourcing strategies. Cambodia: the rising star of Asian bananas for export

The news that Cambodia has entered the list of 15 countries* that export over 200,000 tonnes of fresh bananas a year is the sign of a changing East Asian market, the third most important consuming region of the globe after the European Union and North America.

Chinese investment in plantations in Cambodia has driven a more than 200% increase in exports in the first nine months of 2020, compared to 2019, says the Agriculture Ministry. There are now reported to be some 30,000 hectares planted to Cavendish bananas, most of which are sold in China, with much smaller volumes going to Vietnam and Japan. The Ministry adds that there are now fifteen Chinese companies registered to export Cambodian bananas and that volumes could double in 2021.

Although reliable information on working conditions and environmental practices are extremely scarce, nearly non-existent at this stage, reports in recent years suggest that wages are low and that plantation and packhouse workers do not enjoy decent conditions.

Philippines: instability on almost all fronts

Meanwhile, the Philippines, the first major exporter in the world to have been hit in a big way by the devastation of the TR4 disease in conventional bananas, continues to be the world market’s second biggest player, despite very fluctuating export volumes and some conflicting statistics on annual exports. Most of the fruit produced in the large plantations and small farmer cooperatives in the Southern island of Mindanao is exported to Japan, China and South Korea, with smaller and highly fluctuating volumes going to the Middle East.

The instability of the security situation in most parts of the island, the thousands of conventional banana hectares abandoned because of the devastation of TR4, the serious and regular damage from climatic deregulation, plus complicated labour relations in the plantations and conflicts over aerial spraying in the proximity of inhabited areas, all combine to make Mindanao an unstable environment in which to invest, produce and work.

However, this has not prevented national and international capital from establishing new plantations in the island. If export volumes have been maintained, this is because of the contribution of new and highly productive Cavendish plantations.

As shipping giant Maersk’s tropical fruit logistics manager, Cinton Machado, reporters to this month’s International Banana Convention in Ecuador, “In 2019, Chinese demand for Filipino bananas showed a slight dip due to the new trading lanes with Cambodia… In both China and the Middle East, as their economies grow and a change in perspective on health and nutrition is expected in the coming years, the demand for organic bananas is projected to grow”.

For many years, observers have kept a close eye on India’s banana exports, on the grounds that even a tiny percentage of Indian production being destined for export – as opposed to the huge internal market – would provoke serious reconfigurations for markets in West and East Asia and, possibly even Europe.

Exports from Maharashtra state (to the East of Mumbai/Bombay) have increased in recent years, exceeding 120,000 tonnes for the first time in 2019, up 30% from the previous year. It is also important to note that the national government has a general export-oriented focus and has been investing in market development and facilitation, so the country could quite easily emerge as a major player in the coming years.

As Clinton Machado of Maersk put it, “If these efforts (of Indian growers) are successful, they could penetrate the Middle Eastern and Mediterranean regions”. Although the Indian Agriculture Minister noted early this year that 5,000 hectares of banana crops in the Jalgaon district of Maharashtra were negatively affected by “rising temperatures“. 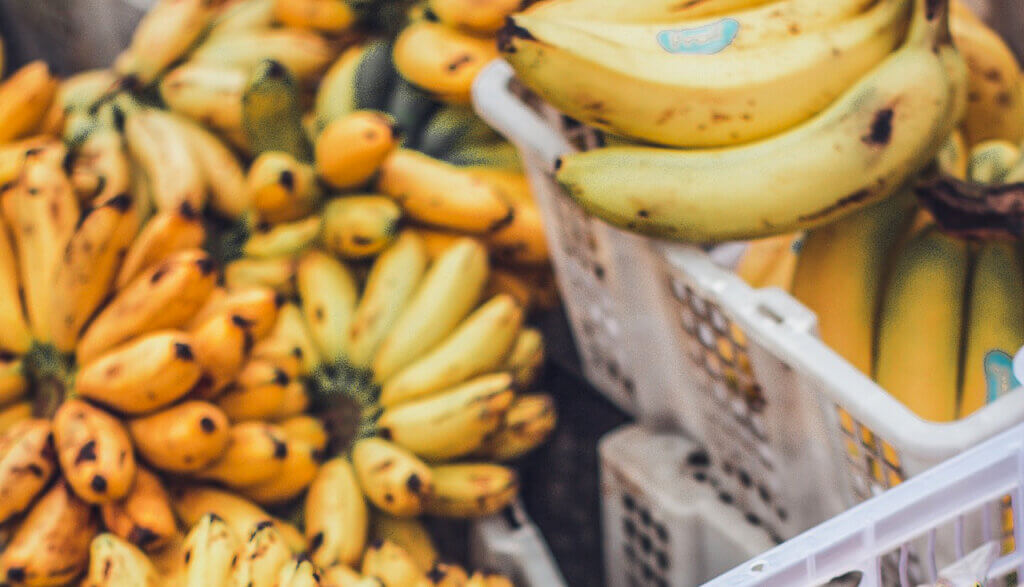