The sad loss of a Caribbean banana farmers’ champion

Banana Link is saddened to hear of the passing this week in St Vincent of Wilberforce ‘Wilby” Emmanuel, a former president of Windward Islands Farmers Association (WINFA), with whom Banana Link have worked for many years.

By way of tribute, we reproduce the article below, written by Renwick Rose, a former president of WINFA himself, and Chairperson of the Executive Board of the World Banana Forum.

We are becoming more and more accustomed to hearing the term ‘Unsung Hero’ used with the danger that it runs the risk of losing its true meaning. However there are some whom the description fits aptly, “the real deal” as the jargon goes, and it is our duty to recognize them and their contribution.

Earlier this week, one such Brother/Comrade/Gentleman passed away for whom the term could not be more fitting. I refer here to Brother Wilberforce Emmanuel, affectionately known as ‘Wilby’, a real indefatigable fighter of the working people of St Vincent and the Grenadines who has left an indelible mark on the struggles of our people for democracy, progress and development.

I have had a long and fruitful association and engagement with ‘Wilby’ over the years though I must confess that since my own retirement from WINFA, the regional farmers movement of which he was a building block, we have not been in close contact in recent times. This has not in any way lessened my deep admiration for him or determination to let the world know the enormous, yet unrecognised value of his contribution to the development of the working class and farmers movements, here in SVG, in the Caribbean region, and globally – yes, globally as well. In case you wonder why the term “vexed farmer”, it was a famous description that Wilberforce Emmanuel employed in his days in the farmers’ movement to describe not just himself, but to refer to the many frustrations being experienced by small farmers and their annoyance at the lack of attention to and support for their cause. A small farmer himself, ‘Wilby’ never tired of advocating their cause and organizing for solutions. We shall come to this later, for he was much more than a farmer leader.

‘Wilby’ was an outstanding trade unionist, a genuine “salt of the earth” organizer, for decades, helping to build the Commercial Technical and Allied Workers’ Union (CTAWU) as one of our country’s leading working class organisations, and contributing solidly to its development even after he was no longer actively involved in trade union organizing. He played a crucial role in organizing rural workers such as those employed at the state-owned stone-crushing plant at North Union and paid the ultimate sacrifice when the closure of the plant by the Mitchell administration deprived him and his fellow workers of their livelihood.

A number of humble folk like him gave yeoman service to the union movement helping to organize the workers at the bottom of the social ladder, to claim their just rights and to defend and protect their interests. Sadly, the class bias inherent in our society has never given the likes of ‘Wilby’, Caspar London, Cyril Roberts, Sonny Boyce and Franklyn ‘Baba Blues’ Roach, the credit they deserve.

It was as a farmer leader that Wilberforce is perhaps best known, a lifelong bedrock of the National Farmers’ Union (NFU) which itself proceeded to spearhead the formation and development of the Windward Islands Farmers Association (WINFA). He became President of both organisations for a number of years, tirelessly promoting the cause of small farmers and preaching the message of unity and organisation as the most powerful weapons of the working people.

‘Wilby’ was also a leader of the local Banana Growers Association, well-known for his role in advancing the interests of small and disadvantaged farmers and not afraid to take their battles into the corridors of power, whether those of successive governments, the regional banana entities such as WINBAN, WIBDECO, and later WINFRESH.

He it was who was among the first to embrace the Fairtrade concept and to promote it, in the face of ridicule by those in power whether at the state or banana level, the true “Mr. Fairtrade”. It was largely due to his efforts with the support of long-standing farmer colleagues such as Amos Wiltshire of Dominica, and our own Anton ‘Tookie’ Bowman that Fairtrade came to these shores to provide a lifeline for the farmers of the Windward Islands when our banana industry was being devastated by the callousness of unfair trade rules and the indifference and ignorance of many in political office. But it was not just banana or fair-trade which occupied his attention. Together with other WINFA leaders at the time such as Vincentians Robbie Fitzpatrick and Earlene Horne, long-time WINFA President Elliot Bishop of Grenada, and the aforementioned Amos Wiltshire, he made sure that small farmers from the Windward Islands were represented in the formation of international farmers’ organisations such as the global body, Via Campesina.

His contributions went far beyond narrow trade unionism, as he was a leading activist in the formation of the Joint Workers’ Council, the forerunner of the National Labour Congress. He was the indispensable link between the two key elements of the mass movement, the workers and farmers. Few trade unionists were as avid readers as he was helping him to understand the link with the wider democratic struggles of our people and he was a key organiser in the successful struggle against the ‘Dread Bills” in 1981, at personal loss to himself and family.

These are but the tip of the iceberg of the massive contribution of this humble, dedicated, honest and intelligent son of the working people. That is why the epithet ‘GENUINE UNSUNG HERO’ is so fitting. Perhaps one day we will wake up!

My condolences go out to his family, both at the personal level as well as at the trade union and farmers movement levels.

REST IN PEACE MY BROTHER! 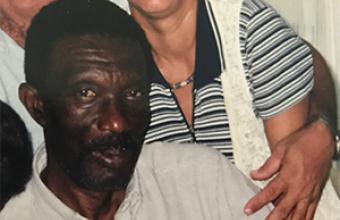