The recent announcement that Tesco has more than doubled the price of loose bananas in its Tesco Metro and Express stores is a timely reminder of the link between prices and income for plantation workers.
“The truth is that loose bananas have been at unsustainably low retail prices in the UK for years, so upward movement is potentially good news”, said Alistair Smith, International Coordinator of Banana Link. “However, in raising the price, Tesco has not yet made the link in its public statements to the issue of living income and living wages. We would urge the company to make this link and reiterate its public commitment to decent wages and fair incomes for banana growers.”
Average retail prices for bananas have fallen by more than 50 % in real terms over the past 15 years, as a result of supermarket price wars, exacerbating poor incomes for the people who grow the UK’s most consumed fruit. This “race to the bottom” has also amplified significant social and environmental impacts in most banana producing countries, including the denial of basic human rights, gender discrimination (including low levels of women’s employment), a failure to earn living wages and long working hours.
Tesco did, however, in 2014 become the first retailer to commit to paying a living wage to banana workers by 2017, covering sourcing sites that only supplied Tesco. Banana Link welcomed this commitment as a progressive statement of leadership in the urgently needed task of bridging the gap between the actual wages earned by banana workers and their real costs of living.
Working towards this goal has been challenging for Tesco, to which they are continuing to work. Living wage benchmarks have not yet been agreed for all the relevant countries, while a reduction in ‘exclusive supply’ arrangements, has shown that paying a living wage is very challenging to achieve in isolation.
Nonetheless, positive progress is being made, including, for example, anecdotal evidence from Costa Rica that some of the higher prices offered to their core supplier by Tesco have enabled wage increases for some of the lowest paid workers.
Banana Link looks forward to strong engagement by Tesco and other retailers in key consumer countries to establish a better understanding of the role of prices paid to growers in determining how much value exists to be distributed at the producer country level of the chain, including to workers as wages. Low and downward pressure on prices will always undermine the ability of workers to earn a living wage. 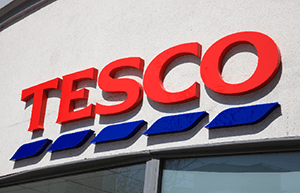