SINUTRABE denounces the illegal dismissal of 30 banana workers in Ecuador

Andrés Medina, president of the Single National Union of Banana Workers of Ecuador (SINUTRABE), has made a serious complaint against the illegal dismissal of 30 banana workers by Empresa SUMIFRUTAS SA for organising themselves in a union, a clear violation of labour and union rights in Ecuador. The dismissals took place at the company’s farm, located after 2 km from the Caracol – Unión de Clementina parish of the Babahoyo canton, Los Ríos province.

The Union of Workers of the Company SUMIFRUTAS SA, who work for zones 1,2,3 and 4 of the province of Los Ríos was approved the statute and legal body with the Ministerial Agreement MDT-2020-0180 by the Vice Ministry of Labour and Employment on September 11 of this year.

The illegal dismissal of the 30 workers violates what is established in the Constitution of the Republic in numbers 7 and 8 of Article 326, which guarantees the freedom and right to union organisation of workers, just as the state encourages the creation of organisations of workers according to the law.

The Coordinator of Banana and Agroindustrial Unions COLSIBA and SINUTRABE demand that the company SUMIFRUTAS SA reinstate the 30 colleagues to their jobs and that the state enforce what the Labour Code says in its article 440, as well as international agreements # 87 and # 98 that indicate the respect for freedom of association and the right to organise workers. 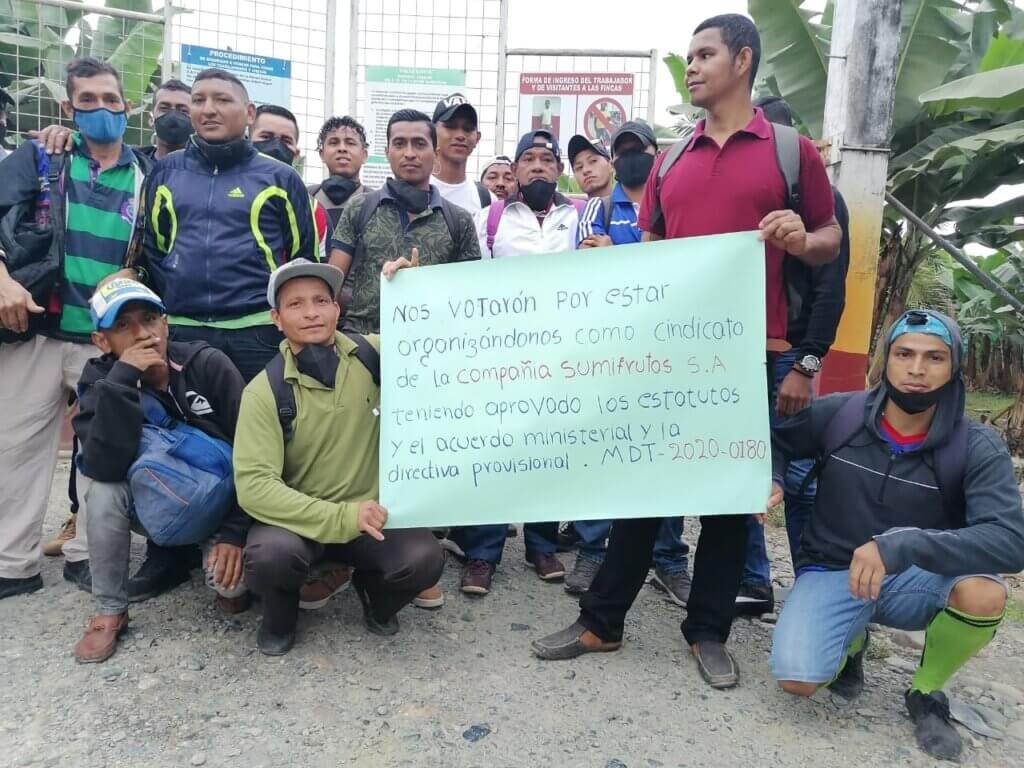