The Coordinating Body of Latin American Banana and Agro-industrial Unions (COLSIBA) is this month celebrating twenty eight years of fighting to improve working conditions for the hundreds of thousands of plantation workers throughout the region who rely on the banana industry for their livelihoods.

Forming and maintaining trade union organisations in many banana producing countries of Latin America, has been, and remains, a seriously challenging task. Trade union activity is repressed, sometimes violently, in many banana producing countries, with trade union organisers facing threats to their personal safety for simply trying to organise workers, to defend the labour and human rights to which plantation workers are legally entitled. It is testimony to the resolve, dedication and determination of its trade union organisers that COLSIBA has survived twenty eight years, and has gone from strength to strength in those years.

Since its founding, COLSIBA has achieved the recognition of the main transnational companies that dominate the international banana trade, while also establishing solidarity and support networks with trade unions and civil society organisations in consumer countries. This includes playing a key role in the European Banana Action Network (EUROBAN), the network of European trade unions and civil society organisations, currently coordinated by Banana Link, that works collaboratively to help achieve socially just, economically viable and environmentally sound tropical fruit industries.

COLSIBA has also represented the interests of Latin American plantations workers in the World Banana Forum, in which the main stakeholders of the global banana supply-chain work together to achieve consensus on best practices for sustainable production and trade. 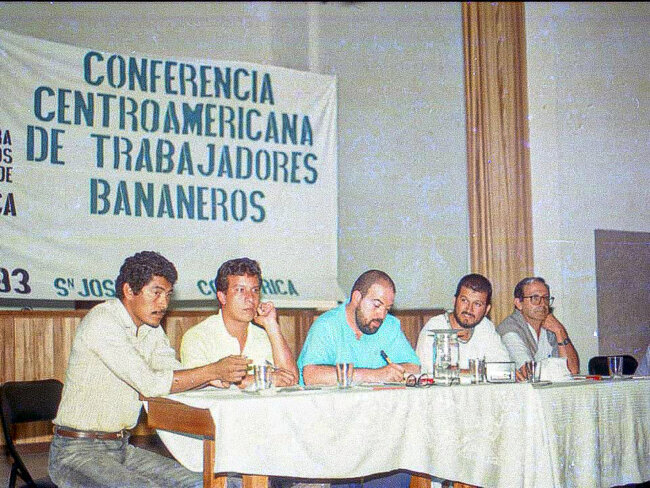 Banana Link is proud to have worked closely with COLSIBA since our own founding in 1996, and we salute them as they reach this landmark in their history.

“COLSIBA’s vision and practice as a horizontal and pluralist trade union coordination has made banana workers, their conditions, their rights and their proposals for change really visible in the countries where the fruit is consumed. This is no small feat!“, said Alistair Smith, Banana Link’s international coordinator.

“They have led the way and we all hope that their example can be followed by the many of the hundreds of millions of less visible workers employed in agriculture across the world. Despite the huge obstacles, workers need consumers to make them visible and help them in their struggle for dignity and decent work.“ 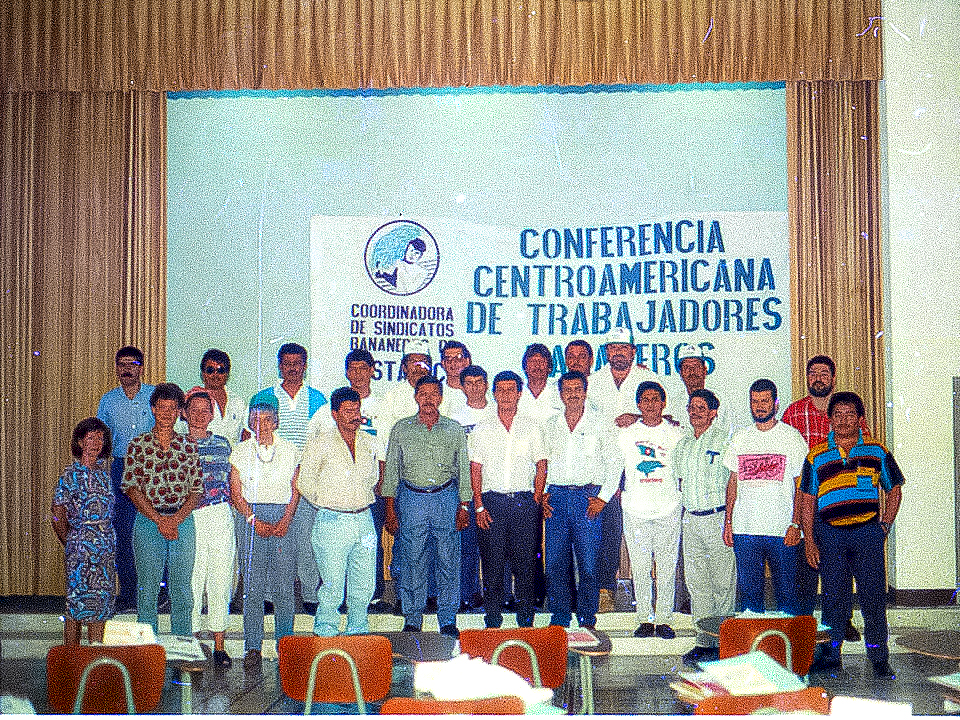