On 29th May, severe winds destroyed over 80% of production at two of the eight plantations owned by Del Monte’s Guatemalan subsidiary, Bandegua, in the Northern province of Izabál. The same storm did serious damage to two other plantations, including workers’ housing and farm infrastructure.
The company informed the SITRABI workers’ union that their insurance no longer covered such climatic phenomena and proposed a long series of cost-saving measures to fund the rehabilitation of the destroyed plantations which the union considered to be excessive. However, during a negotiation meeting between the union and company management on 21st June, an agreement was forged on mutually acceptable measures. The union agreed to suspend for six months the 2.6% wage increase negotiated in the last collective bargaining agreement, that had been scheduled to be implemented in November 2019. SITRABI also agreed to some limited suspensions in plantations requiring rehabilitation, to a small reduction in electricity subsidies in company-provided housing, and to the purchase of bicycles to replace company-provided transport to work.
However, the attempts by the company to increase considerably productivity targets were not accepted by SITRABI, as the union considered that they would make unreasonable demands on their members who have already achieved very substantial increases in productivity over recent years.
Source: SITRABI, Morales, Guatemala. 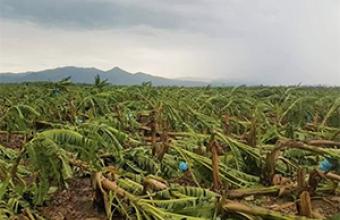