The GMB trade union has pledged it’s support to the thousands of banana workers in Cameroon whose livelihoods are threatened by political unrest in the country, which has resulted in the majority of banana plantations being closed down, while banana workers themselves have been attacked by militant Anglophone separatists.
An Emergency Motion passed by delegates to the GMB Congress in Brighton yesterday (13 June) agreed to set up a fund to support the plantation workers’ union, the Fako Agricultural Workers Union (FAWU), which is on the verge of collapse. The union also resolved to lobby the UK Government to to pressure the government of Cameroon to engage in dialogue with the separatists.
You can watch the Congress speeches in support of the Emergency Motion here:
A recent Human Rights Watch report from the region, claims that soldiers, special army units and gendarmes have used indiscriminate force and torched hundreds of homes and public buildings in the Northwest and Southwest regions between October and March, killing 170 people. Civilians have also been attacked by armed Anglophone separatists during the same period.
Meanwhile, the UN estimates more than 437,000 people are currently displaced in Cameroon, 246,000 of them in the Southwest Region, 105,000 in the Northwest Region, and 86,000 in the Littoral and West Regions, many now living in overcrowded conditions, without proper shelter or health and sanitation support, while over 35,000 Cameroonians have been forced to to seek asylum in Nigeria.
France24 recently broadcast the report below from CDC, where workers talk about the attacks they have suffered, including having fingers cut off, and that the crisis means CDC has closed all but 7 of its 29 plantations, costing the company an estimated €53 million. 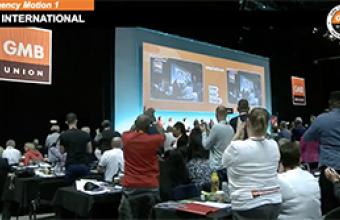