Ghana signs post-brexit trade deal with UK, but no agreement on tariff refunds

Ghana and the U.K. have announced the signing of an interim trade agreement which restores the duty-free and quota-free access that Ghanaian exporters had to the U.K. market before Brexit.

A joint statement published by both Governments on 4 February says the Agreement will enter into effect following the completion of relevant internal procedures required in both Ghana and the UK.However, until these internal procedures are completed, import tariffs will continue to be paid on Ghanaian imports, including bananas.

The majority of bananas imported from Ghana are certified Fairtrade, and an indication of the impact of tariffs is that Fairtrade bananas imported since 1st January have been taxed at the rate of 9.5p / kg, where previously no tariff applied. The typical price in the supermarket is 73p / kg and so the tariff represented a massive additional cost for a product already sold at very low margins.

Compagnie Fruitiere, the largest of the Ghanaian producers, is paying roughly £20,000 a week in import tariffs, totalling over £100,000 to date, while Volta River Estates is not far behind, having paid around £90,000 to date. That figure will rise, the longer it takes for the “relevant internal procedures” to be completed, which will be delayed by the fact that the Ghanaian government has just announced a three week break due to a spike in covid infections in the country.

The rules of “natural justice” might dictate that it would only be fair and reasonable to backdate the trade agreement to 1 January 2021 – the day the UK left the EU – and that import tariffs paid between then and tariff free access being implemented should be refunded. However, the UK Government has resisted lobbying on the issue, saying that the “tariffs were applied correctly”.

Banana Link continues to support the Ghanaian banana industry in it’s lobbying efforts to encourage a change of heart by the UK Government. 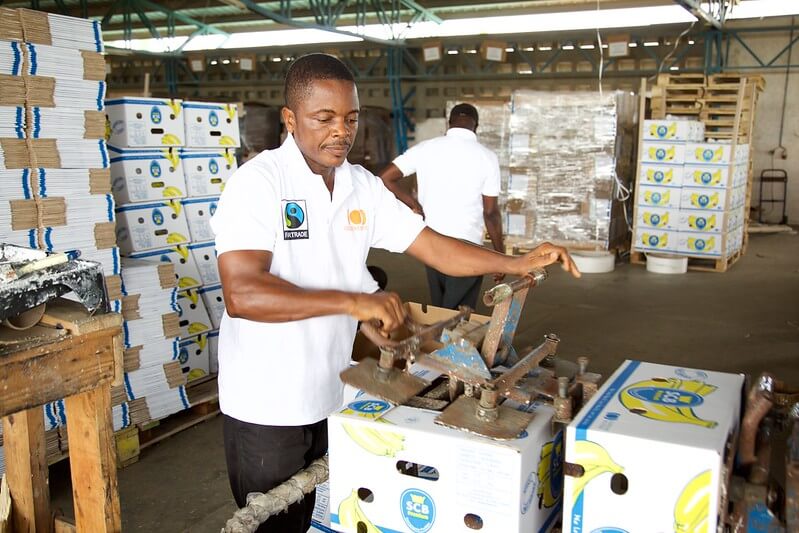