Exactly a year ago, during International Green Week, representatives of the German retail sector signed a voluntary commitment in the presence of the German Federal Minister for Economic Cooperation and Development, Gerd Müller. The aim was to enable workers in global agricultural supply chains to earn living wages and incomes. A year later, the first joint project is now ready to launch in the Ecuadorian banana industry. In addition to the project, a number of important milestones were also agreed.

“Seven major German retailers have committed themselves to ensuring a living income along their supply chains. It’s good to see movement in food retail. A short while ago, no one would have thought this was possible, and it also shows that consumer pressure is effective.” The German Development Minister Dr Gerd Müller described the voluntary commitment of ALDI Nord, ALDI SÜD, the REWE Group, Lidl, Kaufland, dm-drogerie markt and Tegut as a milestone on the path to greater social justice in global agricultural supply chains and congratulated the companies on signing the joint declaration during International Green Week in early 2020. The German retail sector has considerable leverage on manufacturing and processing companies.

By adopting responsible purchasing practices, they can enable smallholder farmers and workers throughout the world to make a living from the cultivation of agricultural raw materials such as cocoa, coffee or cotton as well as providing education for their children.

The companies that signed the joint declaration understood the importance of corporate due diligence; set against the background that the sole responsibility for fairer practice along global agricultural supply chains should not just be left to the consumer, this issue is increasingly occupying the agendas of German and European retailers. This idea led to the formation of the retail group, on the initiative of the German Federal Ministry for Economic Cooperation and Development (BMZ). Now, a year after signing the joint declaration, the group has presented its first progress report, in which it provides details of its activities and initial successes.

It has set itself the aim of ensuring the practical implementation of the measures agreed in the voluntary commitment. This includes an initial joint pilot project with the aim of establishing fair working conditions and a living wage for workers in banana production in Ecuador. Firstly, the group wants to become active on the ground, strengthening the bargaining powers of workers’ representatives, and secondly it is seeking to establish systems that enable the regular monitoring of wage developments in the various banana supply chains.

Dirk Heim, Head of Sustainability Food and Non-Food at REWE Group, says: “Human rights should not be negotiable. This is why the REWE Group has been committed for many years now to the strengthening of human rights, the improvement of working conditions and the promotion of fair trade. The aim of our working group is to increase transparency along global supply chains and to take specific measures that will improve the living conditions of smallholder farmers. In this way, we are jointly providing the groundwork for meeting the enormous challenges in many of the producing countries.”

However, retailers do not simply want to insist on higher standards; they want to support the realisation of these standards through their procurement policies. The official launch of the project is planned to take place in the first quarter of this year. During the first phase, until the end of 2021, approaches will be tested and lessons learnt which can then be leveraged for the next phase with its expansion of the project. This will also include a transfer of experience to other markets. At the same time, a “pilot product” is being planned.

Over and above this first project, the group has set itself some additional ambitious goals. For example, the retailers are aiming to look at the success factors for establishing a living wage or income and applying them to other agricultural supply chains and sectors. Also, they want to define benchmarks for setting up and monitoring living wages and incomes and identify practical ways in which they can be firmly integrated into supply contracts. To raise awareness for fair trade among consumers as well, retailers are planning to further expand their communication on sustainability issues.

Anke Ehlers, Managing Director Corporate Responsibility International, ALDI SÜD Group, who also speaks on behalf of ALDI Nord, draws the following conclusions after a year of voluntary commitment: “We see the joint commitment made by German retailers as an important and effective step towards more sustainable global supply chains and further improvements of living conditions among all those involved in production. As a member of the working group, ALDI will especially increase its focus on the issue of living wages and incomes in agricultural supply chains, so that we can strengthen human rights and fight poverty.”

The greater the number of market players participating in the initiative, the more effectively the goals can be achieved. We would therefore welcome it if, in the future, companies could also get involved that have not yet taken a clear position concerning such a major transformation: “Many of the products we offer come from all over the world. This gives us a responsibility to observe the accountability requirements in any supply chains we actively acquire. However, long-term improvements in food-producing countries, such as wages and incomes, can only be achieved if all the relevant stakeholders pull together. The working group offers excellent opportunities to achieve these sustainable aims, as it pools the available resources,” says Sebastian Hertel, Head of International Purchasing at Kaufland.

This is why the group is seeking dialogue with other German supermarkets such as EDEKA and the Metro Group and also with other European retailers outside Germany who might get involved in the initiative and help to strengthen the impact of the group. 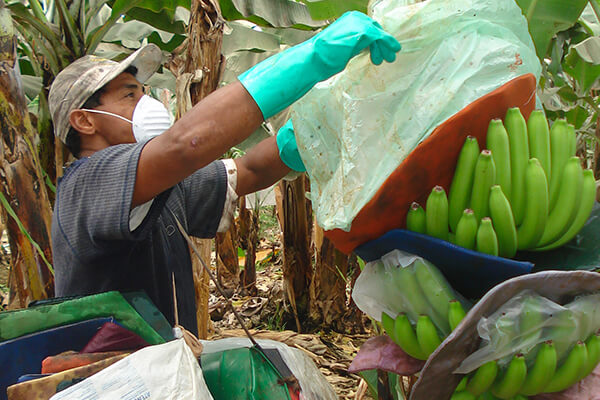