In 2018, sales of Fairtrade labelled bananas in France grew by 36%, reaching a total volume of 64,000 tonnes. This figure represents 10% of the national market and nearly 10% of total sales of Fairtrade bananas worldwide. This growth has mainly taken place since 2014 when volumes more than doubled in one year.

As ever the role of the consumers in choosing the product, coupled to sourcing decisions by major supermarket chains, has been critical in this evolution. A recent study shows that 80% of consumers want retailers to offer more Fairtrade products and 33% think that retailers should systematically offer them.

The pioneering retailer was Biocoop, the national organic cooperative chain which has offered Fairtrade organic bananas for years. The first conventional chain to follow suit was Monoprix in 2018, tripling its volume of Fairtrade sales in a year. The big national chains like Carrefour, Intermarché and E.Leclerc have also been offering more and more, with Carrefour now selling almost one banana in three as Fairtrade organic. The most recent retailers to launch are Aldi, Franprix and Lidl.

In 2017, fair trade banana sales worldwide generated more than € 31 million in development bonus, benefiting 147 producer and worker organizations in the Dominican Republic, Colombia, Peru, Ecuador, Ghana, among others. This premium allows producers to invest in their communities (housing, education) and production to improve the productivity of their plots and the quality of their bananas, but also to better cope with the consequences of climate change. Photo: A computer skills training centre for young people in Ghana paid for by the Fairtrade premium

This film tells the story about some of the people who produce bananas for us and their journey to getting a fairer deal supported by Fairtrade. 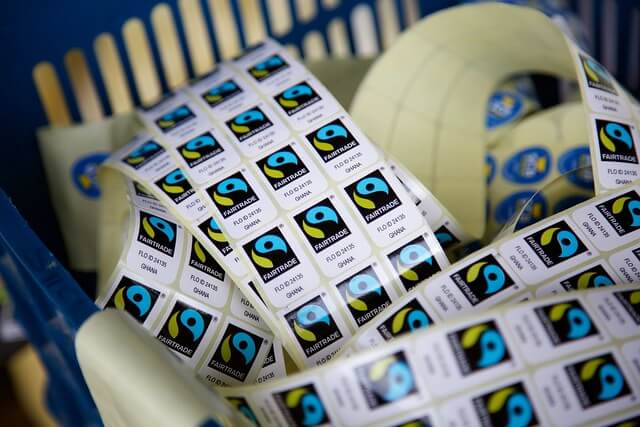