At the end of the first week of November, it was reported that Aldi had decided on its 2020 global banana contract price. The FOT (Free on Truck ) price reported is less than 5 % higher than the all-time low of 2019, taking the price paid to suppliers back to where it was in 2018, before the German discounter went for a global annual contract. As one of the world’s largest banana contracts, the Aldi price remains one that all players in the industry watch closely.

In a statement published yesterday by the main Ecuadorian producers and exporters on “Fair Prices”, the Ecuadorian industry sees the reported increase from Aldi as “a positive action, but it is not really an increase that reflects the reality of the business”.

The reality is that there are new low sulphur emission requirements coming into force which will substantially increase shipping costs, as well as the TR4 biosecurity measures required to try to prevent further spread of the disease. Not to mention pressures to demonstrate that all workers are being paid living wages.

As the statement from AEBE, ACORBANEC and AGROBAN puts it :

“The world wants vessels with cleaner fuel, less emissions, bananas that are protected from the threat of FoC TR4, sustainably grown with integrated pest management, with best practices that protect workers and ensure living wages, that have full traceability, that are clean and perfect, adjusted to technical specifications and use less plastic. That is all good ; we embrace and encourage that, but who pays for it ? Because it is certainly not free.”

As the statement concludes, apples in German supermarkets sell for three times the price of bananas that have come from the other side of the world.

This is a critical moment in the industry’s history. The Aldi price issue has focused minds, but the question from the world’s biggest exporters is the real one. Who pays for costs that in many cases were not before included in the pricing structure? If the workers and the producers, small or large, continue to bear nearly all the burden, nobody will get what they want and need. Retailers and consumers will not see the social and environmental progress they have been increasingly demanding, whilst producers will simply go bankrupt, or ignore the demands from the major consumer markets, fighting over the markets that don’t look too closely at what goes on before the banana box arrives on the shop shelf.

The dilemma is clearly posed. Let’s hope that the 2020 landmark is the year when all the big retailers see the need to lead the way, recognise that the majority of value is now concentrated at the top of the chain, and, if there is really not enough to pay the costs of social and environmental improvements through stable fair prices, then the consumers will have to fund these fairer prices. 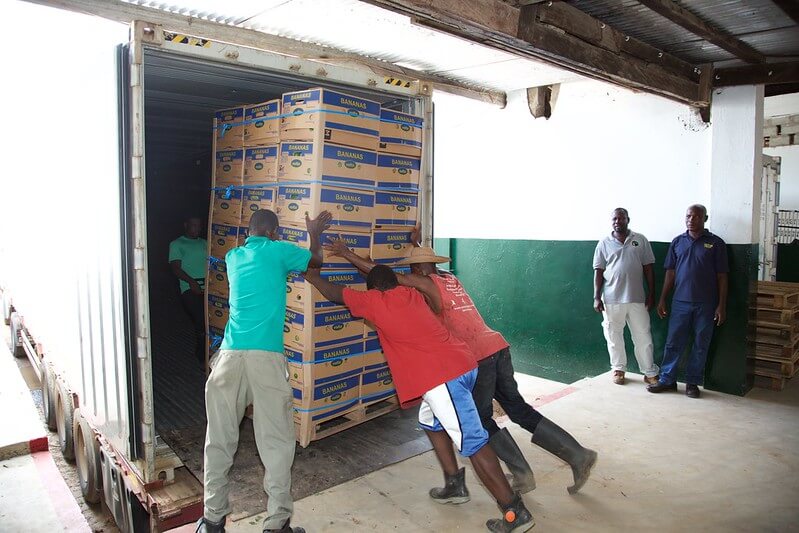