Two months ago, Hurricane Eta hit Central America, causing devastation to the banana producing regions of Northern Honduras and the Izabal region of Eastern Guatemala. Farms and plantations suffered the effects of torrential rain, flooding and battering winds, and plantation workers homes – often situated within the plantations themselves – were also damaged, along with the roads that connected them to nearby towns.

Large numbers of workers and their families took refuge in schools and other community buildings, with tents and sleeping mats distributed as part of the emergency response. Trade Union partners in Honduras describe a situation where families are still living in tents, in some places finding no better place to pitch them than in the middle of the road, despite having to compete for use of the space with motor vehicles. Recent reports suggest that 4,000 jobs are currently at risk in Honduras. At Chiquita’s banana plantations, around 1,200 workers are currently suspended. However, the good news is that the multinational has committed to rehabilitating 100% of it’s plantations. Smaller farms owned by national and independent companies face a harder struggle to save their farms, and unions are seeking to support them with applications for low interest loans. In neighbouring Guatemala, the plantations in the Izabal region face a more uncertain future, with only five out of ten currently operating at reduced capacity and our trade union partners SITRABI estimate that only around 3-5% of the women banana workers have been able to return to work. While some of the men have been able to return as part of the clean-up process, aiming to rehabilitate the plantations, many are still unable to return either to their places or work, or to their homes, which are still uninhabitable due to the damage caused by lingering floodwater and mud. The ground is so inundated that when it rains, there is nowhere for the water to go. It is still uncertain whether the two plantations that employ most of the workers in the region will be able to survive this disaster, or if they will close permanently. Thanks to donations Banana Link has received from partners at the GMB, Fairtrade International and our own contribution, workers in Guatemala and Honduras have received support from their local unions in the form of basic food packages, with enough rice, beans, oil and other necessities to support a family for a month. Many are relying on this support, and that of other charitable and religious institutions, to survive, while they wait to find out if they can return to their homes and jobs, or not.

The video below offers a message of thanks from SITRABI for the donations. 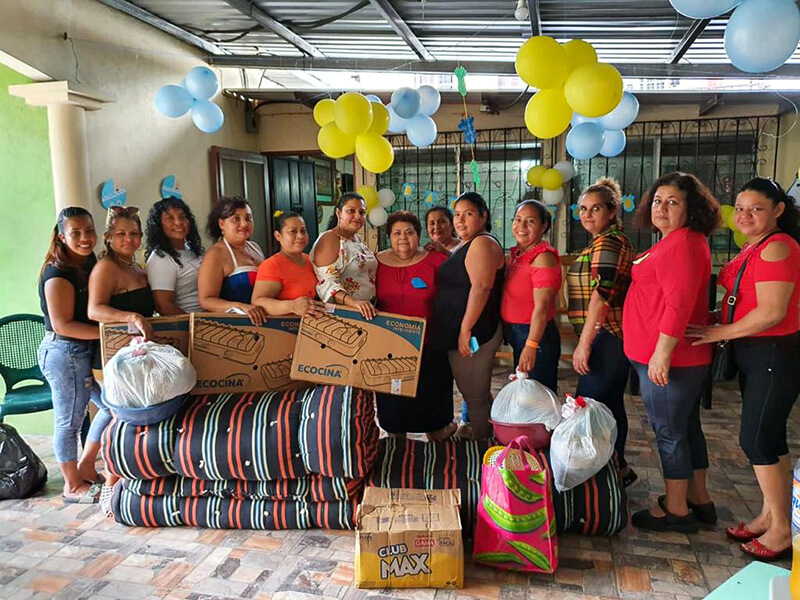