The only way is up

One year ago Aldi attracted the anger of the world’s leading banana exporting countries by deciding that banana growers participating in their first annual global tender had to agree to accept a lower price than in 2018. This was the third year running that Aldi had used its considerable buying power to squeeze banana prices. The major producers said “enough is enough”, especially at a time when major industry players are trying to work out how to pay living wages to all their employees and invest in more agroecological systems.

The growers fell short of refusing to sell to Aldi, but only just. If the 2020 contract were to be negotiated at a similar or lower price, we could be witnessing the first ever large-scale refusal to sell at an unsustainably low price.

After a raft of denunciations from across the industry, Aldi agreed to listen and learn. As new members of the World Banana Forum, their peers were hopeful that this was a genuine commitment. The expectation was that the company would understand why their continued downward pressure went against their commitments as members of the Forum, or even against the ethical imperative of global corporate citizenship.

The company’s statement on human rights and their internal restructuring were welcomed, although nobody was under any illusions when their pricing policy in their home market in Germany succeeded in undermining their main competitor’s new-found commitment in mid-2019 to only sell Fairtrade bananas.

So, might we actually see a historic move in the coming weeks by one of the world’s biggest global buyers on their biggest selling food line? Maybe. But a price increase from an unsustainably low base will be judged by how many euro cents per kilo the retailer is prepared to pay, especially in the context of rising production costs, a global disease threating production, a move to lower-emission shipping and, above all, a widely shared commitment to secure living wages for all workers involved in producing this most emblematic of global commodities.

Anything less than a 10 cents a kilo increase will put on hold global efforts to invest in the social and environmental improvements to which most players in the industry have said they are committed. More than that will be a welcome signal that Aldi has indeed listened and learned. 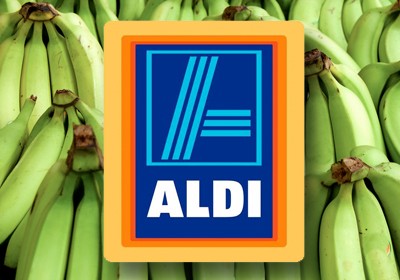