Guest Blog: We need to pay more for our bananas

The real cost of cheap bananas in our supermarkets has been brought into sharp focus in recent weeks following the announcement by Aldi of its intention to reduce their contract price for 2021.

Banana Link has long held that the prices that supermarkets – particularly in Europe’s biggest consumer markets – pay producers, whether big or small, for their bananas are too little to cover the producers’ costs of sustainable production. However, in North America too, the prices and margins along the chain are also inadequate to cover all the costs, actual and ‘hidden’.

This means that they cannot afford to address the many ills of the export industry, such as investment in transitioning to more ecological production methods, adapting to climate change, implementing safe and healthy working conditions, paying living wages to plantation workers and respecting labour rights on plantations.

As discussion and debate rages in the wake of the Aldi announcement, we have a two-part guest blog from two actors in the smaller and more ethical sector of the trade who give us their take on the impact of low prices and why we need to pay more for our bananas. BeFrank is a recently created Dutch ethical banana brand determined to “do things differently”, and North American co-operative Equal Exchange has been ploughing a Fair Trade furrow for nearly thirty years now.

They ought to inspire and convince consumers to pay more for their daily diet, instead of just cutting prices.

We are all consumers too, which means we are all responsible for the huge levels of over consumption. We want more and more and find it increasingly normal that things cost virtually nothing any more. It’s a catastrophic downward price spiral. You can fly to Rome for a few euros, buy your shirts for next to nothing, or pick up a kilo of bananas for 99 cents. Take a moment to consider how that banana has already travelled about 9000 km.

We will all have to re-evaluate all the things we consume and over-consume. We will have to relearn what the actual value of something is. Isn’t it odd that some children no longer even know where milk or carrots come from? And yet this is precisely where the responsibility of enormously powerful supermarket chains lies. These superpowers are anxiously keeping an eye on each other at the moment. All that really matters to them are the often short-term profits aimed at keeping the shareholders happy. It is also true that successfully achieving KPIs is a guarantee that the food manager will make his or her next career step. Then he or she can get to work with the care products, where long-term vision doesn’t come into it.

Let’s remember though that these CEOs and managers may themselves be fathers and mothers too. They have children of their own that they love. So they might be better off caring more about a better world for future generations than they do about buying yet another games console at Christmas.

True pricing is the only basis for truly sustainable solutions. This is something we firmly believe in at BeFrank. It’s not just about the great name, it’s about the simple economic rationale. As long as we all carry on paying too little for our consumer goods, something or someone suffers. Like the supermarket CEOs, you can of course choose to look away, but at BeFrank we don’t do that any more. After all, it’s not about the principles, the fine reports or studies. It’s always about real people. They’re just people like you and me, and they are suffering because supermarkets are unwilling to pay a decent price.

I sometimes say, imagine how people would get on during this time of corona crisis if they didn’t have any social insurance at all, or what things would be like for them if they had to send their children to bed without any food. It would give them the shock of their lives because they believe this kind of thing only happens to other people in far off places. Sadly, however, it is happening on a vast scale in the countries that produce goods for us. So environmental awareness is probably the furthest thing from their minds. It isn’t because people are unwilling to change; it’s because they are unable to due to the downward price spiral. First of all, a lot of workers and small producers are simply busy fighting for their day-to-day existence.

So, supermarkets, it’s up to you to grab the opportunity. Take that responsibility! You don’t need to do it all at once, but with bananas, for example, you can be very transparent in showing customers that things can and must be done differently. You can show what the real value is. You can also show how the extra income can be used to fund programmes that are designed to resolve these issues systemically. It really is quite simple. Don’t just talk about it; give everyone a decent income. Give everyone the assurance they need. At the same time, you’ll be showing you care about the environment. In fact, that’s just how it should be done. And if not for yourself, then take another good look at your children or your grandchildren, and reflect on the kind of world you would like to leave behind for them!

Banana prices have always been too low

In the past two days, Del Monte, Dole and Chiquita have announced their intentions to add surcharges to their banana contracts in the U.S., following extensive damage to their operations in Central America as a result of hurricanes Eta and Iota . The news is making ripples across fresh produce publications and, very likely, produce industry boardrooms, and for good reason. It has the potential to force a conversation that is long overdue.

Equal Exchange Produce, a Fairtrade, organic importer in the U.S., has worked with small-scale farmer cooperatives for 15 years. Our banana partners work in Ecuador and Peru, and supply a relatively specialised market within the U.S., largely made up of independent, cooperative and natural foods stores. As a brand, we have often been alone in raising the topic of exploitative banana prices, in a market demanding both availability and cosmetics at a price that sustains neither of the two.

The reality is this: bananas are a labour-intensive crop. Any banana you find in a grocery store in the U.S. – whether conventional or organic – has been cut down from its plant in a massive cluster, carried on a shoulder, pulled to a pack shed, washed multiple times, cut into perfect bunches, stickered, packed and inspected, all by hand. The many people that contribute to the banana production process are also those that bear the consequences of low prices, which large retailers and conventional banana companies push down the supply chain until they land on the shoulders of farmers and workers.

The devastating hurricanes in Central America, which have destroyed upwards of 12,000 hectares in banana cultivation and impacted livelihoods across the region, are an important reason to pay more for bananas now. Still, it’s a shame that it takes a crisis of this magnitude is to force a meaningful price increase, despite the well-documented externalised costs borne almost entirely by producer communities.

In the U.S., consumers are conditioned to think that bananas are inherently cheap. What they don’t know is the impact of artificially low prices, or the precarious position in which they place farmers and workers.

Equal Exchange will continue to push for sustainable prices across the industry. We hope this moment signals a turning point in the industry conversation about the price – and value – of bananas. 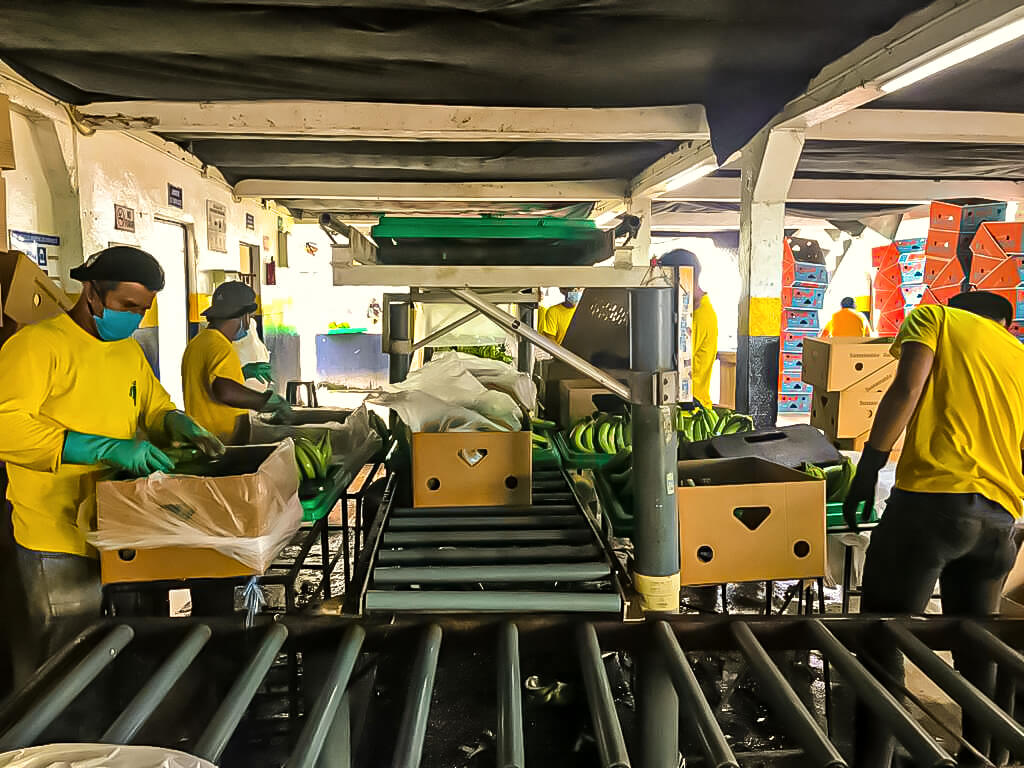