Banana Link Project Officer, Holly Woodward Davey, takes a look at a new resource from the Food & Agriculture Organisation of the United Nations (FAO) which aims to support agroecological transition in the Latin American and Caribbean region through guidelines for the generation of laws on the subject.

While there is no single internationally accepted definition of agroecology to date, the new resource presents it as such: ‘Agroecology is a scientific discipline, a set of practices and a social movement. It advocates redesigning the current systems of production, transformation and consumption, always motivated by a general goal: the sustainability of each of the links that make up the agricultural and food chain.’

The FAO further defines agroecology as being composed of ten interrelated elements: crop diversification; co-creation of knowledge; development of synergies; efficient systems that require less external resources; recycling; increased resilience, human and social value – protecting rural livelihoods, equity and social wellbeing; supporting diverse cultural and food traditions; responsible governance and a circular economy. The FAO believes that promoting agroecological practices can help achieve at least fifteen of the Sustainable Development Goals, from ending poverty and hunger to gender equality, and having an impact on climate change, life above ground and life below the water.

Calls for the recognition of Agroecology as a crucial tool in combatting the world’s most urgent problems are increasingly being heard from a range of expert institutions. Only a few months ago, a report issued by the Secretariat of the Intergovernmental Science-Policy Platform on Biodiversity and Ecosystem Services (IPBES) and produced in collaboration with the Intergovernmental Panel on Climate Change (IPCC) looked into how climate change and biodiversity loss have largely been tackled as independent issues, with separate policy interventions, despite sharing the same driver – human economic activity- and despite their mutually reinforcing nature. The report concluded that, among the most important available actions for combating climate change, is “Increasing sustainable agricultural and forestry practices to improve the capacity to adapt to climate change, enhance biodiversity, increase carbon storage and reduce emissions. These include measures such as diversification of planted crop and forest species, agroforestry and agroecology. Improved management of cropland and grazing systems, such as soil conservation and the reduction of fertilizer use, is jointly estimated by the report to offer annual climate change mitigation potential of 3-6 gigatonnes of carbon dioxide equivalent.”

According to the new resource presented by the FAO last month, agroecology could also be a key tool that will enable Latin American and Caribbean countries to fulfil human rights-based commitments they have made such as the International Covenant on Economic, Social and Cultural Rights (ICESCR), which all Latin American countries, with the exception of Cuba, are party to. Of particular relevance is Article 11 of the ICESCR which recognises the right to food and commits states to improving methods of production to ensure an adequate standard of living can be met, including adequate food.

While some countries in the region, such as Nicaragua, Argentina and Brazil, have, over the last decade, enacted legislation on the topic of sustainable agriculture, the guidelines address the international and regional legal framework, review good practices from comparative law, and offer guidelines for developing legislation in favour of agroecology.

The guidelines state that agroecological legislation necessarily covers a wide variety of interrelated topics, among which are the following areas

“The purpose of the model law must reflect the importance of creating regulatory frameworks, institutions and differentiated policies, minimizing those legislations that limit the agroecological transition process, addressing the issues and challenges as a whole, including the population as the centre of change, that encourage and promote agroecology as the path to a transition towards more sustainable, resilient and equitable food systems.”

According to the guidelines, “a model law to support agroecology must cover three fundamental dimensions of the food system to be operational: production and transformation; marketing, distribution and consumption of food; and governance”.

The guidance goes on to define the duties of the state, as “the main protector, promoter and guarantor of the development of agroecology”. These include overseeing, supervising and evaluating agroecological activities, it’s promotion through research, technical assistance, infrastructure provision and professional training and education and ensuring the national regulatory framework does not pose unnecessary barriers to agroecological activities.

“The allocation of financial resources is key to the agroecological transition. The national budget should be earmarked for sustaining and strengthening agroecological agroecology programs, especially in the transition stage, which is the stage where most support should be given to farmers.”

Funding for agroecological initiatives globally is well known to fall far below the mark of what is needed, as reported by CIDSE’s ‘FINANCE FOR AGROECOLOGY: MORE JUST THAN A DREAM?’. Among other things, this briefing found that projects partially supporting agroecology represent only 2.7% if EU funds channelled between FAO, the International Fund for Agricultural Development (IFAD) and the World Food Programme (WFP) between 2016-2018, and that an overwhelming majority of 79.8% of these funds were still supporting programmes and projects based on conventional agriculture and/ or efficiency-based approaches (‘sustainable intensification’).

If you would like to support the survival of small family farms producing bananas under diversified and organic conditions with fair labour conditions in Ecuador and Peru, please donate to our funding appeal at: see our Global Giving page. 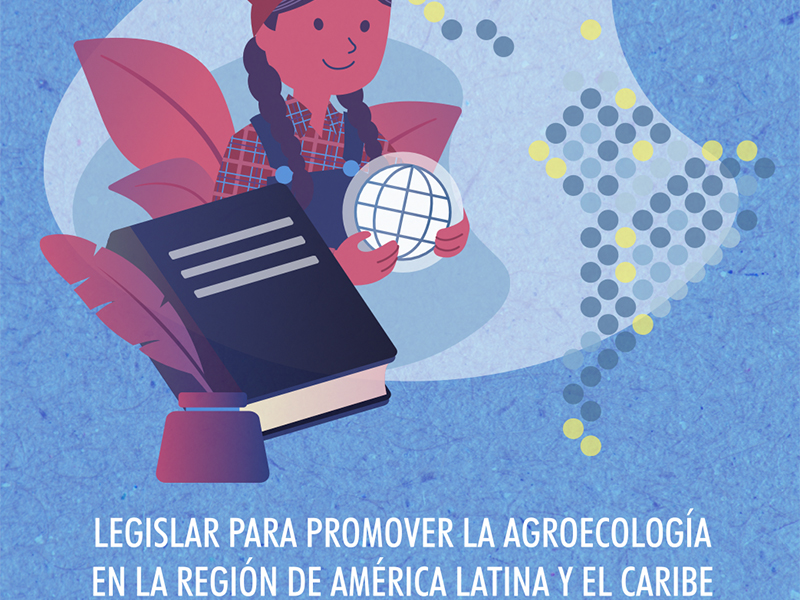