According to reports by Rel-UITA, US fresh fruit multinational Chiquita is under fire for it’s treatment of indigenous workers and labour rights on its plantations in Costa Rica.

The Industrial Union of Costa Rican Banana and Related Workers (SINTRACOBAL) have reported repeated abuses of its indigenous Ngabe Buglé workers. Many of these workers, employees of the Superamigos farm, in the Sixaola region, and members of the union, have been threatened with dismissal due to the expiration of their work contracts.

In application of this decree, from September 7, officers of Migration and Foreign Affairs will be in Sixaola and neighbouring areas to regularise the situation of the indigenous cross-border people and “give continuity to the process of nationalisation of this population“, says the text, addressed to the director of Human Resources at Chiquita, Raúl Gigena Pazos.

However, “a significant number of cross-border banana workers from the farms located in Sixaola (…) affiliated to our organisation” have received letters from the company with “threats of dismissal”, says the union’s general secretary, Maikol Hernández.

SINTRACOBAL recalls that for centuries the indigenous people residing in these areas of the country “moved in a territory that had no borders“.

The governmental decree of January “recognises this historical right and institutionalises it, in accordance with international standards and respect for their culture and world view”, but a private company in fact denies it to them.

“It is an unacceptable act for our union organisation that these workers are about to formalise their Costa Rican nationality and now they are being imposed deadlines to present a work permit because otherwise they will be fired,” the union stresses.

In particular, the union asks Chiquita Brands to stop the deadlines set for the dismissals and to take into consideration the institutional efforts being made in the Sixaola area.

Meanwhile, the Union of Agricultural Plantation Workers (SITRAP), which represents workers on ten Chiquita Brands farms in the municipalities of Siquirres, Guácimo and Pococí in Costa Rica has reported increasing cases of dismissals and sanctions on the farms, with the union being denied access to the farms.

“Chiquita refuses to respond to the union and to let the leaders into the farms. When there are dismissals or sanctions, they don’t even answer our communications, and if they do, it is symbolic and extemporaneous“, SITRAP general secretary Didier Leitón (pictured) told Rel-UITA. 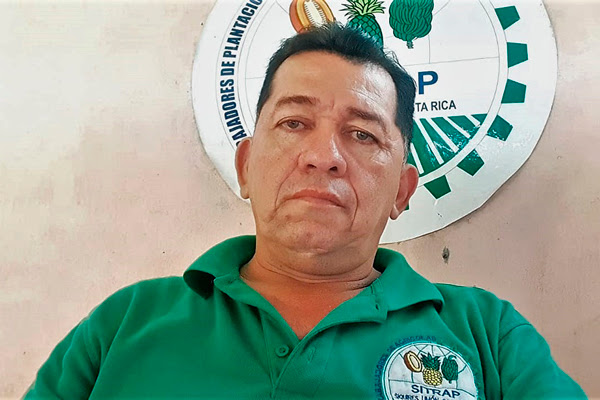 Recently, Sitrap requested a meeting with Chiquita Brands Costa Rica executives at the Banagro and San Luis farms, to discuss the case of workers Luis Emilio Vega Castro, Edgar Gamboa Ulloa and Max Calvo Cubillo. All three are union members and, according to SITRAP being unjustly sanctioned.

“I tried to deliver all the documentation to the company and on two occasions they did not want to receive it. This already falls into unfair and illegal practice.

The situation at Chiquita is serious. There is a systematic violation of labour rights and in fact they do not recognise the union.

All this,” continued Leitón, “despite the fact that there is a framework agreement between Chiquita, Colsiba and IUF on freedom of association, minimum labour standards and employment in banana operations in Latin America“.

Leitón also recalled that these farms are Rainforest Alliance certified.

“It’s absurd. They are firing and sanctioning affiliated workers and they don’t even respond to the union so that we can present evidence to defend ourselves. There is no right of defence and is a violation of ILO conventions ratified by Costa Rica” he said.

The Sitrap secretary general also denounced the absence of the labour authorities.

“They have no conditions, nor political will for the transnational companies to comply with their obligations. What they do is to summon the parties and draw up minutes, nothing more,” said Leitón.

Finally, the union leader made an urgent call to the Latin American Coordinating Committee of Banana and Agroindustrial Unions (Colsiba) and the IUF to study the situation, draw up a strategy and send a joint document in the face of Chiquita’s extremely arrogant and aggressive attitude. 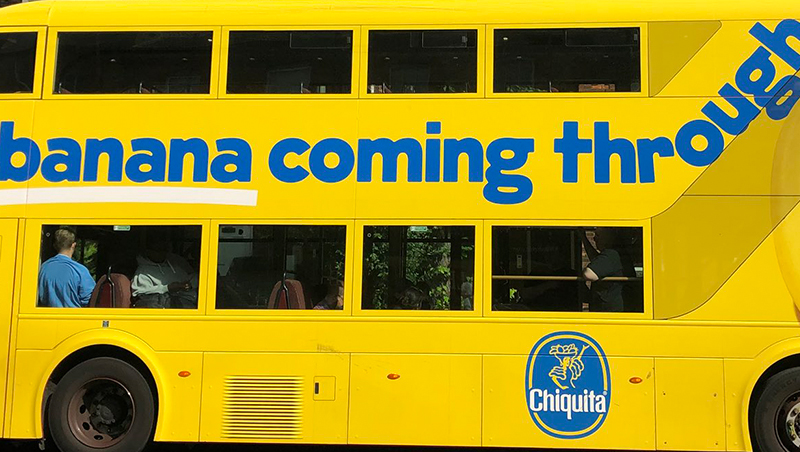