Banana producers in the French Carribean islands of Guadeloupe and Martinique announced earlier this month the launch of a new variety of banana, called “Pointe d’Or”, which is to go on sale in Carrefour Bio (Organic) shops in France later this month.

As the current variety of banana found in most supermarkets, the Cavendish, is currently under threat from disease, and the industry is looking for the commercially viable alternatives, this is a welcome development. Additionally, given a history of negative impacts of Chlordécone insecticide on banana plantations in the French Caribbean, the fact that it is also organic, utilising an agro-ecological cropping system, is also welcome.

This new variety is the result of twenty years of research by the French agricultural research organisation CIRAD and the Union of Banana Producers’ Groups of Guadeloupe and Martinique (UGPBAN) to develop a non-GMO cross-breed of banana naturally resistant to one of the main diseases of banana plants, black Sigatoka (or leaf-streak disease).

“The natural resistance of the Pointe d’Or to black Sigatoka, which now affects all production zones throughout the world, is a considerable advantage since it avoids the need for any phytosanitary treatments against this fungus and paves the way for organic banana production in the French West Indies”, says Frédéric Salmon, a geneticist and plant breeder at CIRAD in Guadeloupe.

The Pointe d’Or has been described as “smoother”, with a taste “that stays longer in the mouth” than for the Cavendish. However, it is also more fragile, more likely to get brown fast after handling. This characteristic could curb the customer’s enthusiasm for the new variety. In order to overcome this issue, Carrefour, which has exclusive rights to the marketing the new banana, plans to train its teams in the stores to communicate and educate the consumer.

Laurent Carrere, sales manager for bananas and organic products at Carrefour, also underlines the significant operational flexibility in terms of volume delivery that will be required from Carrefour. “As retailers, we are not used to this. With the Pointe d’Or, we are going to adapt completely to the production rhythm of the producer, which is rather new for a supermarket chain.” 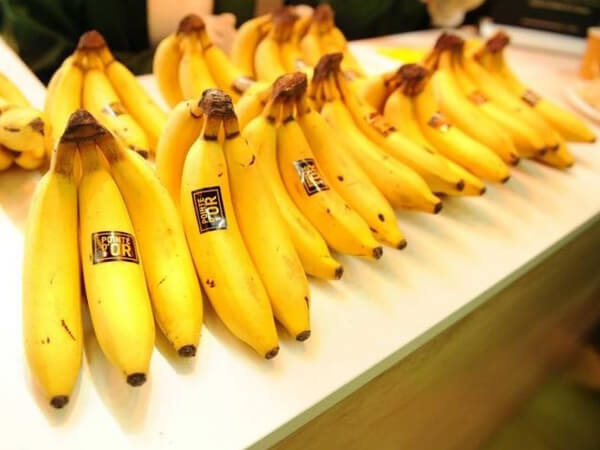