Blog: Lessons from the banana pandemic

A blog by Banana Link’s international coordinator, Alistair Smith, argues that the lessons about the causes of the COVID-19 pandemic are very much the same as those that the banana world could draw from the spread of the Fusarium Tropical Race 4 (TR4) soil-borne fungal disease that has recently arrived in the Americas and threatens the existence of the predominant banana variety, the Cavendish, which fills our supermarket shelves.

Overshadowed by Christmas stories, but nonetheless very significant for the international banana industry, was the discovery on 20 December last year of a banana plant infected by TR4 in the middle of Colombia’s second most important banana exporting region, Magdalena. Even if it was reported to be the only infected plant on a 100 or so hectare banana farm, its discovery in a community called Zona Bananera just two days after the region was declared disease-free by authorities came as a shock.

This follows the destruction and quarantining of several plantations in the Guajira region of Colombia after TR4 was first discovered in the Americas in June 2019, and the confirmation of cases in Peru’s organic banana export region of the Valle de Chira in 2021.

A look at 2021’s export volumes from the Philippines – where the disease has been present for decades – suggests that TR4 is responsible for a drop of up to one third in exports compared to 2020. The Filipino Department of Agriculture has promised the industry “to maintain the country’s position as a major exporter of banana by containing the Panama disease“, but it is highly unlikely to be able to deliver on this promise, given the nature of the disease, and the ease with which it can spread.

This is of course not the first time that the dominant commercial variety has faced being wiped out. The Cavendish came to be the variety that accounts for nearly 100% of all internationally traded bananas after the previously dominant commercial variety was destroyed by disease. However, it is far from certain that the lessons of the end of the Gros Michel variety’s reign in the 1960s have been learned.

The hunt for varieties resistant to FoC TR4 is now on, since there is no known remedy and the disease appears to remain in the soil for at least 30 years. A few in the scientific community are putting their hopes of finding a global solution in transgenics, despite strong signals that genetically modified bananas would be unacceptable to the majority of consumers. Others place hope in finding existing – or breeding new hybrid – varieties that have a natural resistance to the TR4 disease. Somewhere between these two approaches lies an emerging view that gene editing techniques could help accelerate the emergence of either GM or conventional biological solutions, and at the very least help identify the origins of resistance. But will any of this be enough to save commercial dessert bananas?

Scientific opinion on the causes of the Covid-19 pandemic does tend to converge around the virus’ zoonotic origins. In other words, there is a direct link with the loss of biodiversity driving wild mammal species that carry many of the viruses that have erupted into pandemics in the last few decades into closer contact with domestic animal and human populations. Another emerging consensus – that some would consider to be an uncomfortable truth – is that there is strong evidence that it is the industrial agricultural models producing pigs or poultry or the clearing of tropical forest for crops like soya or palm oil that create the conditions for viruses to multiply into domestic animal and human populations. The loss of biodiversity and industrial monoculture systems are in the dock.

Arguably, bananas were the world’s very first industrial monoculture crop and, as is well known, primary tropical forest land was still being cleared into the 1990s to plant the genetically identical, and inherently vulnerable, Cavendish crops.

“Change how bananas are farmed”

Dan Bebber, an associate professor of ecology at the University of Exeter, has studied the challenges to the banana supply system as part of a UK government-funded project BananEx, in which Banana Link was a partner. In an article last year for the BBC’s Follow the Food series, he explains that the best way for the banana industry to survive TR4 is to change how bananas are farmed. “That could have huge impacts on the soil microbiota. To look after bananas you have to look after the soil.”

His view is that sustainable production requires “adding organic matter, and perhaps planting seasonal crops between rows to increase shelter and fertility, using microbes and insects rather than chemicals as ‘biocontrols’ and leaving more wild patches to encourage wildlife. This may mean bananas cost more, but in the long term they will be more sustainable“.

Is this such an unfeasible prospect for the industry? Maybe the new “race to the top” is to design agroecological systems, along with workers who know the crop inside out, managers prepared to work with more complex systems and consumers ready to pay a bit more to meet the costs of producing genuinely sustainable bananas.

And if small farmers held the keys?

At present, it is small farmers, responsible for growing over 80 % of the world’s food, who could hold the keys to this agroecological future. One of the questions therefore is how can they be rewarded properly for their pioneering role in designing production systems that include not just commercial bananas, but also a range of other products and ecosystems services?

The first step would be to take their contribution seriously and look at what many of these small-scale family farmers are doing right. Research in this area is close to zero. Some of the big institutions may have started paying lip-service to sustainable, regenerative or agroecological production, but none, not even the private foundations, have yet invested in finding out what we might already know. Knowledge that could help the world’s most traded fruit survive and thrive, providing livelihoods for millions and healthy food for many more. 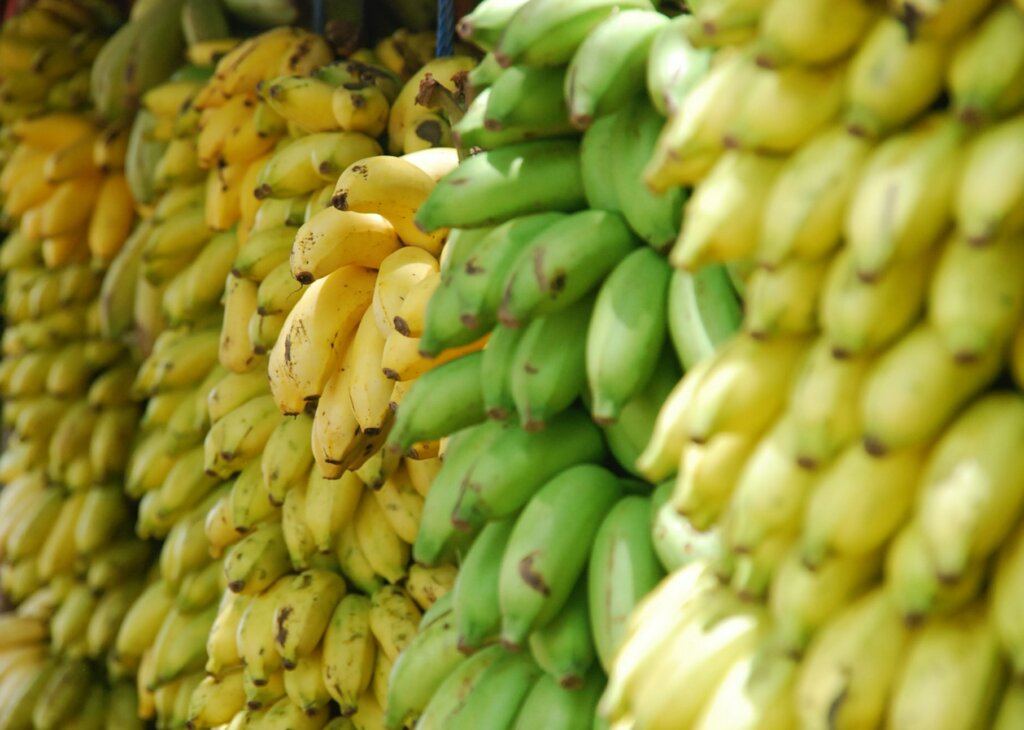