Banana Link relies upon and greatly values the volunteers who help to support many aspects of our work, and they are integral to fulfilling our aims.

Volunteers can either work in the Norwich-based office or from home (or both). Activities our volunteers help out with include:

Most of our volunteering opportunities will require basic IT skills, including use of Open Office or Microsoft Office. We also use specialist online software, including WordPress and Mailchimp.

Our volunteers are valued, and we try to provide them with a fulfilling experience, that among other things, provides:

Banana Link undertakes to repay travel expenses, and a lunch allowance of up to £4 a day when working 4 hours or more in our office. Volunteers are covered by our Employers’ Liability insurance cover.

Banana Link’s international reach means that we are constantly working with partners in different parts of the world. The effectiveness of our work depends on being able to translate documents from and into Spanish and French. We rely almost exclusively on volunteers for this work, which can range from short news articles for our website to longer technical reports and documents. 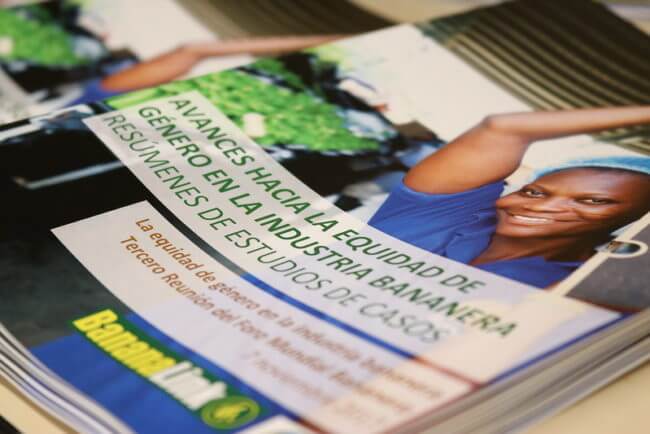 If you are interested in becoming a volunteer translator for Banana Link, please have a look over the short translation tests below. If you would be interested in helping to translate, you may be asked to undertake a short test.

Please follow the link to the guidance documents below. These are used by our translation volunteers to help them with translation work for Banana Link.

If you are interested in volunteering for Banana Link, please contact Paul Lievens at comms@bananalink.org.uk or call 01603 765670.

Hear from Some of Our Volunteers ... 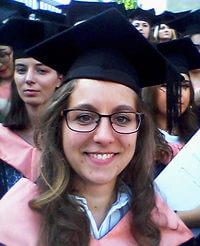 It was a great chance for me to practice translation and I knew the experience would be great for my CV. I passed the translation test and have officially been a volunteer for Banana Link since June.

This job is really convenient for me, and students in general. You can work from home and for as many hours as you want, so there is no need to worry about it taking up too much of your precious time (especially when you have lots of university work).

They don’t always have texts to translate, but when they do, they send an email to all the translators asking who is able to do it. There is a deadline, but you’re usually given a few days, so you never really feel under too much pressure.

While you often need to sound poetic and retain the effects of the original texts in literary translation, technical translation is more about getting each word right and remaining as close as possible to the original piece.

So far, I have translated a couple of reports and Power Point presentations for Banana Link, but I’ve struggled a lot with technical terms I’d never translated in English or French before. These words are often about plantations, the legal rights of workers, and laws and organisations that do not always have an official translation in French, or that I simply do not know.

To help their translators, Banana Link provide a very long English/French/Spanish glossary with the technical words most commonly used, such as plantation, supply chain, guidelines, World Banana Forum etc. Although most of these terms had been translated to Spanish, there wasn’t much in French. I set myself the task of translating the whole glossary into French during the summer break. It took a lot of time and research but I completed it. It’s been useful for me and will hopefully help other translators as well.

Translating for Banana Link has been an incredible opportunity for me. I’ve learnt a lot in terms of translation and on a human level about plantation workers in Africa. 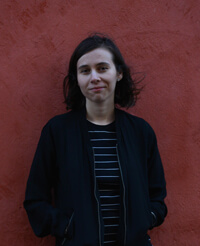 Working with languages has always been a career goal of mine. Speaking several languages and being able to communicate with people is fantastic; putting one’s language skills to practical use and aiding in the production of tangible results is even more satisfying.

In February 2015, I attended a Careers Fair at the University of East Anglia that aimed to offer students a taste of what working with languages may mean. However, as a Media student, I felt that most of these jobs and companies were targeted towards language or translation students.

It was there that I bumped into Banana Link, and found out they were actively searching for translation volunteers. There was no prior experience required, only a short aptitude test. I applied, and shortly afterwards started dedicating at least a couple of hours a week to assisting in the translation of a breadth of documents: PowerPoint presentations, meeting minutes, reports…

The schedule was extremely flexible, but I found that coming into the office for a set amount of time every week was useful to increase my productivity and feel more in touch with the team. A really meaningful moment for me was when, a year later, I had the opportunity to participate in that same Careers Fair where I found out about Banana Link — this time on the other side of the table!

At Banana Link, I got to apply my language skills to a worthy cause, which constituted a firm step towards my aforementioned career goal. I translated from French and, above all, English into Spanish, my native language. These translations were not extremely challenging, except for perhaps some technical terms, which were nevertheless clarified in a very helpful and ever-growing glossary.

What is more, being in contact with these texts was extremely informative at a personal level: not only did my translation skills improve, but my knowledge of the role we play in a globalised world was also enhanced. I was also able to broaden my skillset by assisting with other office tasks like updating email databases and tinkering around with newsletter client. This knowledge, while seemingly mundane, has actually helped in my current internship!

I now live in Helsinki, Finland, as I study for my Master’s degree and work in a digital analytics company, but still try to help out with translating whenever I have a sliver of free time. It’s so nice to think that a part of me stayed in Norwich, at Banana Link – I haven’t bought non-Fairtrade bananas in over two years!