Fairtrade France (Association Max Havelaar) has launched a €1 million project funded by the French Development Agency and French supermarket chain Carrefour to support environmentally friendly practices and promote gender equality across organic Fairtrade banana supply chains. It aims to do this by supporting eleven small farmers’ organisations over a three year period in the Dominican Republic and Peru. The Dominican Republic is the largest producer of organic bananas worldwide, while Peru accounts for around one fifth of global production. In both countries, bananas are predominantly produced by small scale farmers organised into cooperative organisations or associations.

The aim of the project is to address challenges to the sustainability of organic Fairtrade banana production in both countries, principally to increase the resilience of small producers to climate change, while also promoting women’s empowerment and supporting the younger generation to take over banana farming from the older generation.

The Fairtrade/Max Havelaar project aims to guarantee better working and living conditions for growers by securing a minimum price, and is driven in part by the growth of Fairtrade banana sales in France, which have almost doubled in recent years, with 12% of banana sales being Fairtrade. One in three bananas sold by Carrefour in France are Fairtrade certified.

The activities planned as part of the initiative include building micro-factories to produce organic inputs and setting up diversification field schools. At the same time, women and young people will be trained, via innovative teaching modules derived from the Fairtrade movement’s School of Leadership for Women, the aim being to give them more autonomy and empower them in the cooperatives and communities (knowledge of human rights, gender and masculinity, self-esteem, leadership, negotiation and political participation, etc.). Finally, opportunities for producers and cooperatives in both countries to discuss their experiences will be created so as to disseminate best practice and share the expertise acquired.

The initiative is also the culmination of work by Banana Link over the last five years with Carrefour to support greater sustainability in their supply chains. This includes a report we produced for them in 2016 which identified the social and environmental challenges facing small scale producers and made recommendations on how Carrefour could contribute to improving the sustainability in its supply chains.

“We very much welcome the announcement of this initiative”, said Banana Link International Coordinator, Alistair Smith, adding, “we know at first hand the very real threats to the sustainability of small scale production in many banana growing regions around the world, and this initiative promises much needed support to farmers in the Dominican Republic and Peru. We also hope that it will serve as an example to other European and North American supermarket chains of the sorts of contribution they could be making to improving the sustainability of small scale production of organic and Fairtrade bananas”.

In the case of Carrefour, with whom Banana Link have a long and constructive relationship, this is just one such initiative that they have launched to improve the sustainability of small scale banana production. They have, in partnership with the French Agricultural Research Agency, CIRAD, supported the recent development of a naturally disease resistant banana in Guadeloupe and Martinique, grown organically without pesticides and utilising agroecological inter-cropping methods, and sold through Carrefour Bio (Organic) shops in France. Pesticides having cast a long and damaging shadow over banana production in the French Caribbean for over fifty years. 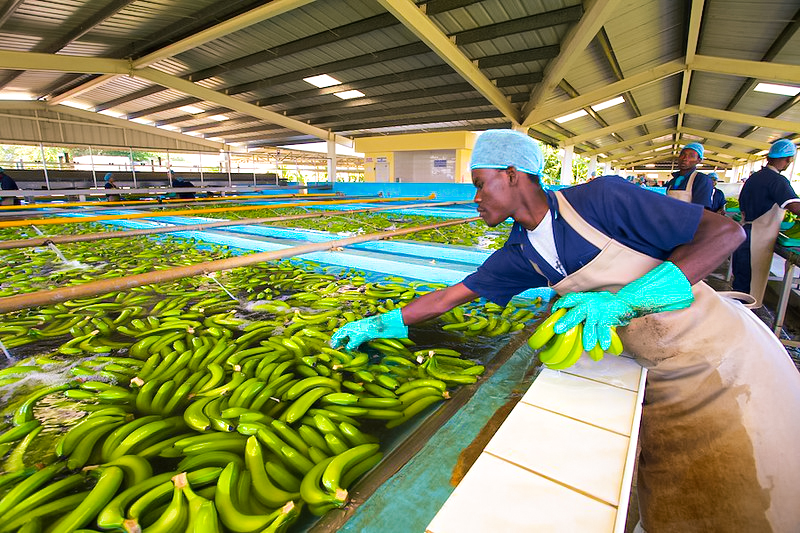