Further to our report in November last year about the threat of Brexit to imports of bananas from Ghana, the UK and Ghanaian government announced on Tuesday this week that they have “reached a consensus on the main elements of a new trade agreement. This provides the basis to replicate, the effects of the existing trade relationship between the UK and Ghana”. The statement goes on to say “We intend over the next few weeks to finalise the text of the Agreement”.

This is welcome news for the many thousands of plantation workers whose livelihoods depended upon continued tariff free entry of Ghanaian bananas into UK markets. However, due to the delay in the respective governments reaching a deal in principle shipments of Ghanaian bananas arriving in UK ports this week have faced import tariffs. The

Volta River Estates Limited (VREL), which exports around 9,500 tons of Fairtrade certified bananas to the UK each year, which are sold in the Coop and Waitrose, has had to pay a duty of  £16,000 on 9 containers of bananas. Meanwhile, Golden Exotics Limited (GEL), who export around 83,000 tons of Fairtrade and organic bananas to the UK each year, sold in have had to pay a £17,000 duty on their first post-Brexit shipment to arrive in the UK this week.

Volta River Estates Limited was the first banana plantation in Ghana to be certified Fairtrade in 1996, and today employs more than 700 people directly, while neighbouring Golden Exotics employs around 3000 directly, and 12,000 indirectly, with both companies representing the only source of work within a 30 mile radius for the local population in the Eastern Region of Ghana.

Huub van den Broek, Managing Director of VREL saying “It is obvious that Volta River Estates Limited cannot survive this increase in duties, not even in the short term.” Adding “this is happening at the same time that we  agreed with the unions to increase the salaries towards the Fairtrade base rate starting in January 2021“.

Banana Link continues to support the efforts of the Ghanaian banana industry to protect the livelihoods of the many thousands of workers and their communities that rely upon continued tariff free access, and we call on the UK government to backdate the deal to 1 January 2021 so that tariffs already paid, and any further tariffs incurred before the trade deal is actually signed should be returned to the producers.

Among other things, this would demonstrate UK government commitment to what their statement describes as “a relationship which is underpinned by our strong people to people connections and has driven economic growth, created jobs, and inspired creativity and innovation in both our countries”. 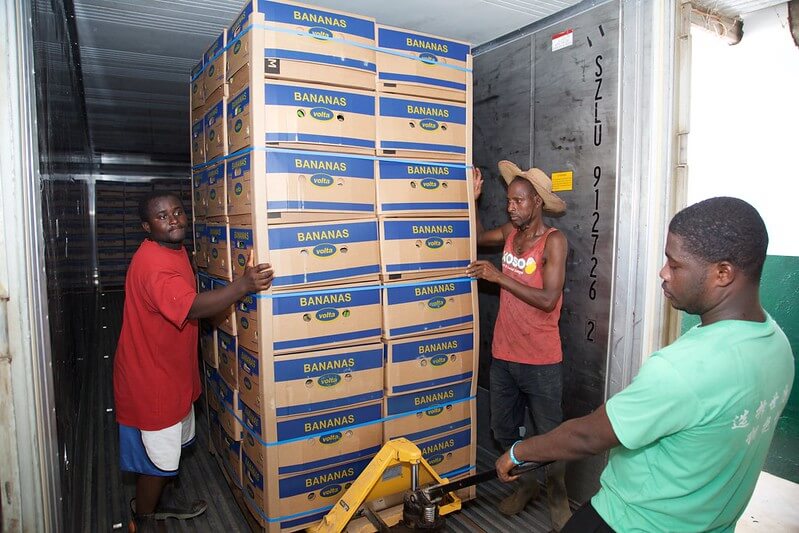