The German government’s Federal Cartel Office, the Bundeskartellamt announced this week that the Living Wages initiative of German retailers in cooperation with GIZ (the German Government’s International Development agency) does not violate anti-trust law.

The Federal Cartel Office said that it does not see any competition concerns regarding a voluntary commitment by retailers to common standards on wages in the banana sector. By way of further explanation, the Cartel Office states that the cooperation does not involve any exchange on purchase prices, other costs, production quantities or margins. Furthermore, there are no mandatory minimum prices or price mark-ups to be agreed between the members of the working group.

This announcement paves the way for the German Retailers’ Working Group on Living Wages – ALDI Nord, ALDI Süd, dm-drogerie markt, Kaufland, Lidl and REWE Group – to proceed with their step-by-step integration of Living Wage criteria into the banana portfolio of their own brands. A first joint pilot project on living wages in the banana sector will be undertaken in the coming months.

Meanwhile, a series of case studies from IDH (the Dutch Sustainable Trade Initiative) shows how companies and coalitions are making real progress on their commitments, according to a recent blog by Carla Romeu Dalmau, Living Wage Strategy Lead at IDH.

IDH recognise that there is no silver bullet, no singular solution, but what is clear is that achieving living wages is a shared responsibility among stakeholders across global supply chains who all have a role to play.

IDH also recognise that paying living wages throughout supply chains means changing the way business models operate, which can seem insurmountable. And that while it is clear that there is a moral imperative for living wages, there is also an undeniable business case.

Through the work IDH has done to date by companies and partners engaged in the IDH Roadmap on Living Wages, they have identified five key insights that can help any business embarking on the living wage journey. The common basis of all progress is a firm understanding of your supply chain and the gap between a living wage and what workers are earning now.

The five key insights identified by IDH are:

A living wage is achievable

For example, European produce distributor Eosta (aka Nature & More) used the IDH Salary Matrix to calculate the living-wage gap for all workers employed by its mango supplier Fruiteq, in Burkina Faso. Given that Eosta sources 100 percent of its mangos from Fruiteq, they have a good overview of the value they can add. An additional €0.10 per kg of mangos contributed to closing the living-wage gap for Fruiteq’s workers.

Next to the cost of paying a living wage, price escalation presents another tripping point for many companies. Price escalation can occur when each actor in a supply chain adjusts its price in reaction to increased costs in another part of the supply chain. This can often result in higher prices for consumers than what paying a living wage would entail.

It doesn’t have to be that way. Good business practices can mitigate or eliminate this effect.

Fairphone has a trusting relationship with its suppliers and ensures the payment of living-wage bonuses to workers through direct contracts with suppliers. By paying the living-wage bonus directly to the supplier, the company is able to circumvent price escalation. For the workers, this results in a monthly living-wage bonus on top of their regular salary.

Value can be added by several players

A common question in the process of closing living-wage gaps is who is responsible for the additional costs. Across the IDH case studies, it varies widely. The key is building trust and transparency so that every actor understands its role and responsibility to workers in the supply chain.

Among the case studies we explored, the cost was primarily shared among traders, retailers and brands. In one case study, prices to end-consumers were increased to enable a living wage. In that case, the company is clear in communicating the importance of enabling living wage to consumers.

Schijvens, a Danish workwear apparel manufacturer, used accurate wage-gap estimates to identify simple pricing adjustments that could move workers towards a living wage. A polo shirt now costs just €0.25 more, which effectively closes the wage gap in its facility in Turkey. The company shares open cost calculations with its customers to bring them along on the journey and help them understand the cost structure.

Another question that comes up is how to best distribute funds earmarked for living wages. This is where a thorough understanding of the supply chain comes in. Ultimately, your suppliers and workers know how to best manage the distribution of such funds. A trusting relationship with supply chain partners will help you arrive at the best way to ensure payments that can be verified and confirmed.

Nudie Jeans pays the product price and adds its share of the living wage on top of that, but it encourages the factory to decide how to manage the payments to workers in a transparent manner. Social dialogue among management and factory workers showed that workers preferred a fair process where all workers receive a living-wage bonus, with those who have been employed for more than 3 months receiving a higher amount.

Across every case study, decent progress has been made — but there is no magic wand. Building living wages into your business model requires good information, a commitment to workers, and realistic goals.

In the case of IDH partners working within their own factories, a living-wage adjustment was relatively easy when their customers agreed to collaborate in the effort, and they were able to completely close the gap. In other cases, when suppliers sell to many companies, the complexity increases.

For example, the clothes that Nudie Jeans buys from a supplier in India represent 3 to 4 percent of that supplier’s total production, which can blunt the impact of Nudie’s living-wage payments. Beyond raising its prices to support a living wage, Nudie is helping the supplier to make the case to other customers to make living wages attainable. 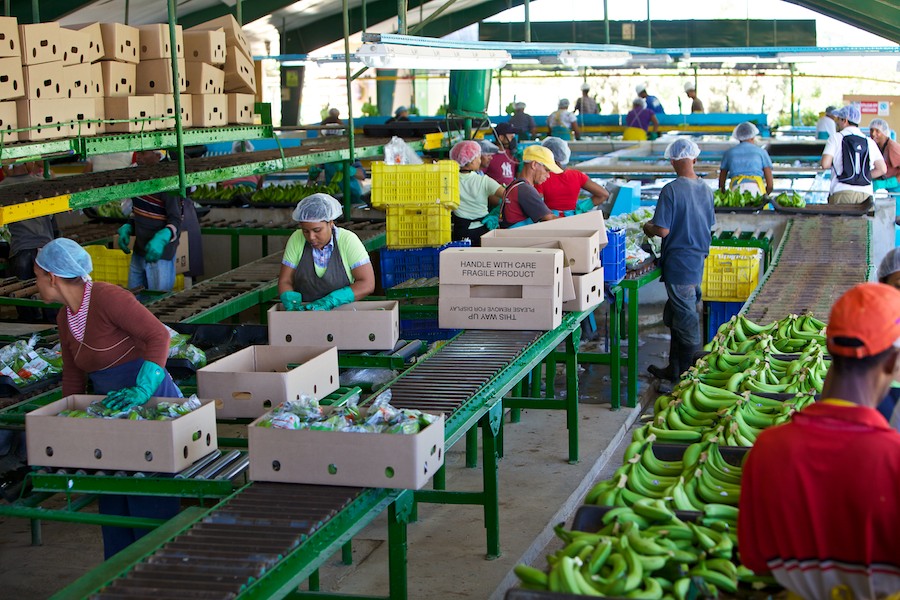