Lidl backs away from Fairtrade bananas

The German discount retailer Lidl has announced that it is pulling back from the commitment it made last September to switch to selling only Fairtrade bananas in its 3,200 German and Swiss stores. So far about 40% of these stores had made the switch to Fairtrade only.
The company claims that customers in both countries failed to respond positively to the move. Jan Bock, purchasing manager at Lidl Germany is quoted as saying “We did not succeed in convincing the customer of our commitment.” The company says it remains committed to the Fairtrade concept and will continue to stock Fairtrade bananas, but will also offer Rainforest Alliance certified bananas at “an introductory price”, as it does currently in its UK stores.
Expressing disappointment at the move, Banana Link International Co-ordinator, Alistair Smith said:

“A company of Lidl’s size should have the courage of its convictions and carry through with its commitment. This change of strategy sends the wrong signal to the industry. We would appeal to the company to set a step by step approach to 100% Fairtrade across all its 10,000 plus stores and devote more energy to convincing its customers.“ Lidl’s move comes in the wake of its main competitor Aldi announcing in November last year, that it planned to cut the price it pays for its bananas. A move which threatened the livelihoods of small-scale farmers and plantation workers and drew an angry response from producers. The Ecuadorian banana industry organisation saying it would “directly affect the workers, the environmental practices, and negate any profits to the growers as it would revert all the sustainability efforts to date“.
Additionally, Lidl’s plans to re-introduce cheaply priced Rainforest Alliance certified bananas is a questionable contribution to industry sustainability. Our 2016 report – Rainforest Alliance and the Discount Supermarkets: Low Prices and Easy Standards? – concluded that Rainforest certification cannot guarantee sustainability at the same low prices which consumers have come to expect from the discount supermarkets. 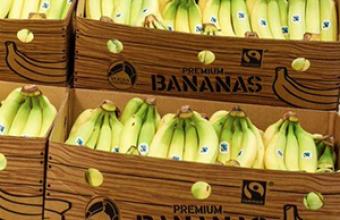