The Colombian Union of Agricultural Industry Workers (Sintrainagro) last week reached a negotiated agreement with the employers association Augura that sees banana workers receive the highest pay increase negotiated in the country for 2021.

The negotiations were concluded with a 5.8% wage increase for the first year. The increase exceeds the minimum wage, the inflation of the last period and also exceeds the 2.61 percent pay increase for public sector employees for 2021.

“It is a historic achievement, in the midst of the pandemic a wage increase above the CPI (Consumer Price Index ) was achieved” said the members of the Sintrainagro negotiating committee.

Colombia is the world’s fifth largest banana exporter (after Ecuador, Philippines, Guatemala and Costa Rica) and supplies about one tenth of the world export market, and is also an important source of Fairtrade certified bananas, especially for the British supermarkets.

For over 25 years, SINTRAINAGRO has negotiated wages and other social benefits through a national collective bargaining agreement with the main employers’ organisation in the Colombian banana industry, Augura. Against the grain, in a country where trade union rights are still violently repressed, the union has built a system of mature industrial relations which means that workers in the Urabá region have some of the best wages and social conditions in the international banana industry thanks to sector-wide collective bargaining.

In an industry characterised by exploitation, SINTRAINAGRO has become the most powerful union representing banana workers in Latin America 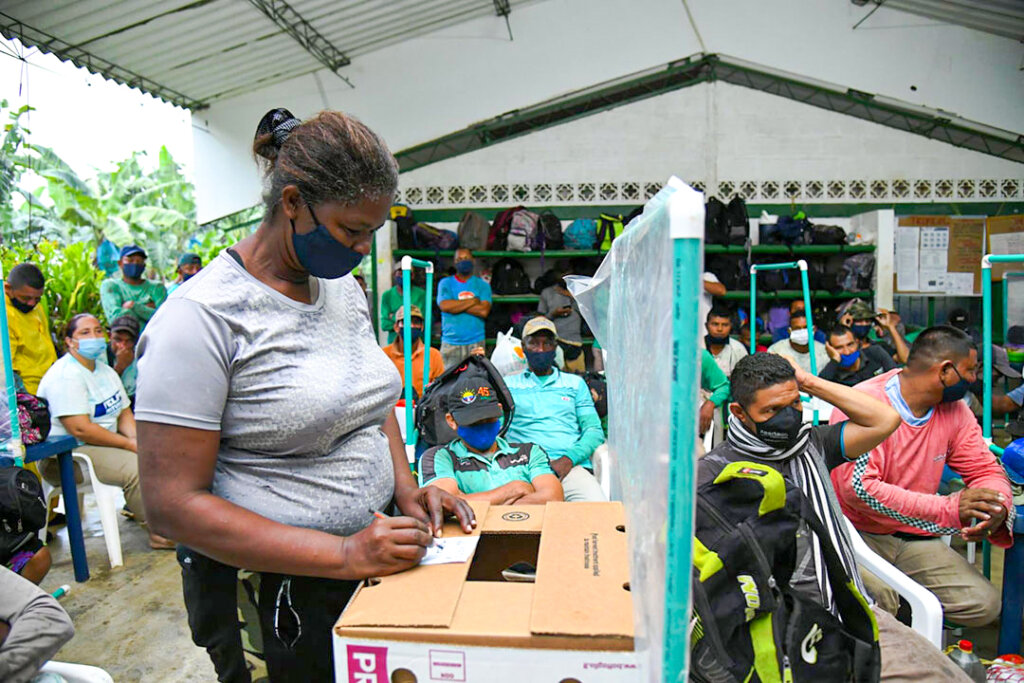