Tesco sets an example on living wages for plantation workers, who’s next?

In a move that is to be congratulated, and which hopefully sets an example for other supermarket chains, the UK’s largest retailer Tesco, has today announced a commitment to paying the living wage gap to banana producers, writes Banana Link Policy & Communications Coordinator, Paul Lievens.

The extent of the gap between actual wages and a living wage varies across the principal export banana producing countries, and while Tesco suppliers in Ecuador and Colombia pay very close to minimum living wage levels, there are substantial gaps on many plantations in countries like Dominican Republic, Côte d’Ivoire and the Guatemalan Pacific coast. Tesco defines a “living wage” as “a benchmark wage that is enough to meet a family’s basic needs including food, housing, education, healthcare, transport, and clothing”. The company also makes clear that the living wage benchmarks used are a “floor” not a “ceiling”.

Although the Tesco commitment references the importance of freedom of workers to join a trade union and to bargain collectively with their employers, Banana Link’s view is that this is the only truly sustainable route to living wages for the medium and long term.

Since 2017 all of Tesco’s bananas sold in the UK and Ireland have been sourced from Rainforest Alliance or Fairtrade certified farms. While these require ethical standards for production methods and other aspects of worker welfare, neither scheme guarantees that workers earn a living wage.

To meet its commitment to address the living wage gaps at its supplier plantations, in what is a very significant commitment, Tesco has outlined four elements to its new approach:

In developing its approach, Tesco has worked with industry bodies, such as the World Banana Forum, and other stakeholders to agree living wage benchmarks in all major banana producing countries and has supported the development of important tools for suppliers to measure living wage gaps such as the IDH salary matrix.

Tesco’s latest data shows that half of their suppliers already pay a living wage to all workers, while among the remainder, living wage gaps were found to range between 2% and 18%, but in many cases, only a small proportion of workers earn below the living wage benchmark.

Tesco’s Responsible Sourcing Director, Giles Bolton, says of the initiative that “helping all workers achieve a living wage is a responsibility shared across the entire supply chain” and are calling on other buyers across the sector to “join us and support suppliers to increase wages for the lowest paid workers”.

In their statement published today, the retail giant also recognises that freedom of association, collective bargaining and social dialogue in the workplace are important rights that support improvement in wages, and that suppliers will be expected to engage worker representatives in the development of wage improvement plans on their plantations.

After over a decade of collective work in the World Banana Forum, Banana Link is pleased that a major international buyer is making a significant commitment, but now calls on other retailers across Europe, the UK and North America to follow Tesco’s lead, and on Tesco to extend its commitment to its operations beyond the UK and Ireland.

Multi-retailer initiatives are under way in the Netherlands and Germany, for example, but these companies need to up their ambitions and encourage efforts across their operations in the rest of Europe and North America.

“The key principle that we applaud is that the final buyer, where the power along the chain is now concentrated, is accepting responsibility for meeting wage gaps through better prices”, said Alistair Smith, Banana Link’s International Coordinator. “Ideally, though, retailers should be looking to do at least two other things for the dynamic to lead to poverty reduction in practice: they should seek validation of current wage data through local trade unions, and look to ‘ring-fence’ higher prices conditional on genuine social dialogue and bargaining with independent trade unions.”

The ball is now in the court of other retailers in the UK and well beyond. Who is next? 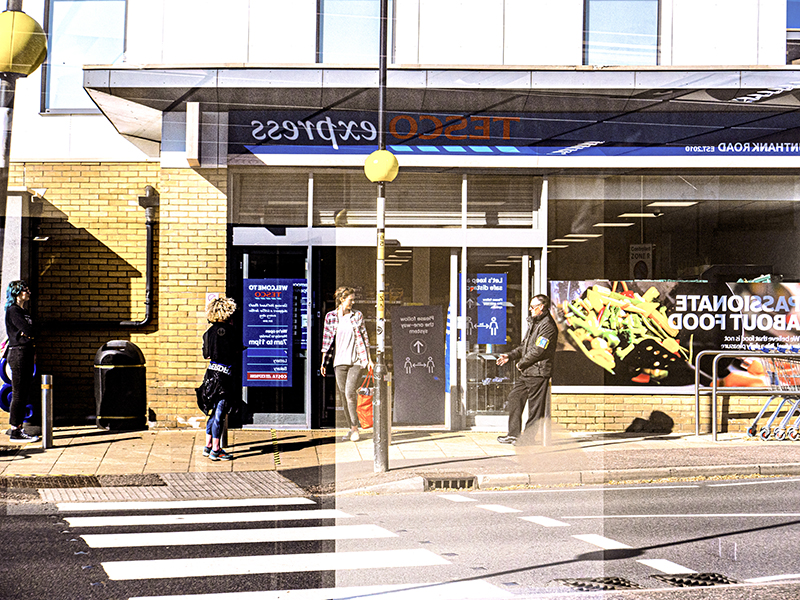