Aldi and the Ecuadorian exporters “don’t seem to get it”!

Many in the global banana sector were hoping for an outbreak of common sense from Europe’s biggest banana buyer after Aldi’s representative had agreed to “listen and learn” in the wake of the outcry over their 2019 global banana contract price. Not only does the retailer appear to have failed to learn much about how to promote a more sustainable banana industry, but the Ecuadorian exporters seem to have helped them pave the way for such unsustainably low purchase prices.

The Aldi contract is the single largest in Europe and therefore the ‘market making’ benchmark for all other retailers. The FOT/duty paid price for a standard box of bananas the company imposed on its suppliers for 2020 was €12.41, which reversed the €0.54c per box reduction for 2019, the year the company started buying on an annual contract basis and as a single entity (Aldi Nord and Aldi Süd).

The 2020 slight price up-turn followed almost industry-wide criticism of the ‘hard discounter’ when the 2019 price was revealed. As in 2019, the national banana industry associations of Ecuador, Costa Rica, Colombia and Guatemala slated Aldi using arguments that amounted to accusations of hypocrisy: “you demand social and environmental certifications, you want us to pay living wages, you want us to make environmental improvements, but you don’t want to pay the price we need to do all this properly“. They have a real point.

The four leading Latin American banana industry associations were joined this year, in the run-up to the price announcement for the 2021 contract, by the Honduran producers’ association. They even clubbed together to hire a Brussels-based PR company to help them convince big European buyers, including Aldi, of their case; but to no avail, it appears.

Ecuador announces a drop in the minimum reference price to growers

In late October, the smoke finally went up after weeks of debate over the 2021 minimum reference price regime for bananas. The exporters wanted to go down to $6/box, whilst the producers argued for an increase to $7.20 to cover rising costs of production and increasing social and environmental demands from retail buyers especially in Europe/UK.

As Reefertrends put it: “The staggering of prices over the year marks a departure from the set annual value that has been in place for over a decade. Splitting the price payable to producers into four periods is presumably an acknowledgement of changing market demand during the northern hemisphere seasons. It will be interesting to see whether the change makes a difference. Superficially it looks little more than a combination of camouflage and cashflow management – hiding the price reduction in a more complex payment scenario“.

The horse and the cart

But who knows which came first, the cart or the horse, in this case?! Did the Ecuadorian move influence Aldi’s buying price decision, or was the Ecuadorian government’s decision, with strong lobbying from exporters, what decided Aldi it could get away with another buying price cut without serious industry backlash and public shaming?

For sure, whatever the answer, the two biggest players in the global banana industry were watching each other extremely closely. The two moves came within days or hours of each other at the end of October.

Banana Link’s guess would be that when Aldi saw that Ecuador’s exporting companies were likely to win the battle with the producers, who wanted to raise the minimum farmgate price in the annual negotiations mediated by the government, they decided they could get away with a 2021 price well below any level that allows producers to invest in more sustainable production methods, let alone ensure living wages for all the men and women employed in the industry.

Aldi’s behaviour goes against the grain of its public commitments

The incoherence of Aldi’s position, at least at an ethical level, is flagrant. Have they read and understood the text of the World Banana Forum (WBF)’s Charter before signing up to become a member, or do they just regard it as a convenient protection measure to help hedge off public criticism and potential effects on consumer sales in some of the 30 markets where they have stores?

In January 2020, Aldi itself has made a public and voluntary ‘commitment’ to securing living wages in all its major food supply chains as part of a larger group of German retailers, facilitated by the German government. The 2021 price move, if confirmed, would suggest that either they have not been listening, or, maybe more likely, that the commercial voice and actions of the company on the hand are disconnected from the CSR people they have deployed in fora like the WBF on the other.

Although binding regulation on human rights and environmental ‘due diligence’ by companies looks to be finally and irreversibly on its way in both Germany and at EU level, this will not resolve per se the commercial/ethical brain disjuncture from which many big consumer-facing companies appear to suffer.

Companies, not just Aldi that has become positioned as the ‘villain of the piece’, need to use the second ‘lock-down’ across the UK and the rest of Europe to properly rethink what some of them had started to rethink during the first one. 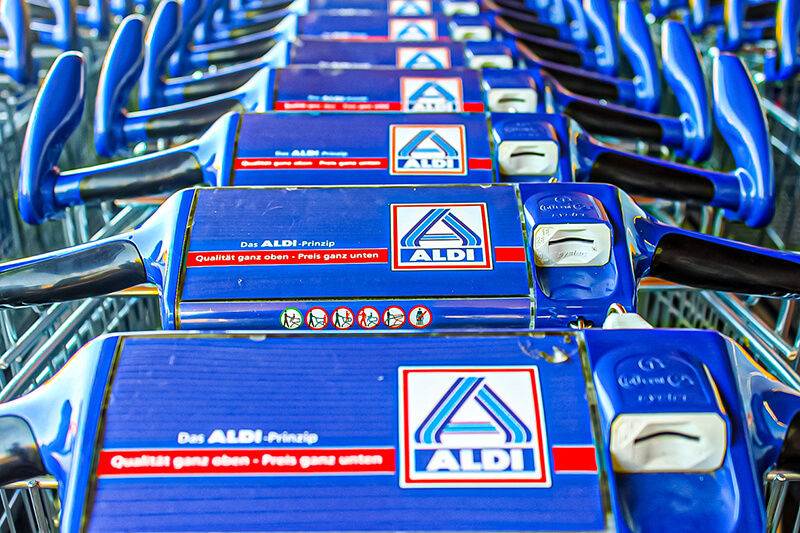