Ecuadorean banana growers and exporters have asked the government to implement urgent measures to address the mounting losses faced by producers as the conflict in Ukraine intensifies.

Exporter association Acorbanec said exports to Russia and Ukraine account for around 50,000ha of production, mostly farmed by small producers, and that some 50,000 direct jobs and 4,000 indirect jobs are now in jeopardy.

It has asked the government to fast track a proposed tax rebate for producers worth at least 1 per cent of the FOB value of exports, as well providing access to credit for working capital for producers and exporters.

Acorbanec is calling for greater regulation of export volumes to avoid markets becoming oversupplied by fruit diverted from Russia and Ukraine.

The association’s executive director, Richard Salazar, said the measures would help sustain the stability of the sector.

Shipments to Ukraine have been suspended since last week resulting in the loss of fruit already in the port of Odessa waiting to be dispatched and the need to divert consignments on the water to other destinations in the Mediterranean and Middle East.

“The resulting oversupply on those markets means we’re being forced to sell the fruit at a lower price, in addition to which we’re having to bear the additional shipping and logistics costs generated by the change of destination,” Salazar told Fruitnet.

The situation in Russia is even more serious given the size of the market. Vicente Wong, CEO of Ecuador’s leading banana exporter Reybanpac, said the decision by the major container lines to halt shipments to Russia is having a major impact on supply.

“Russia normally takes around 1.8m boxes of Ecuadorean bananas a week. This week we’ve been unable to unload around 500,000 boxes of bananas and we estimate that around 1.012m boxes have landed,” he said.

Salazar said sanctions imposed by the US, European Union and other countries against Russia had also hit demand.

“The high devaluation of the rouble (almost 60 per cent in a month) has raised the price of imported products such as bananas, causing consumers to reduce consumption as they turn to cheaper products,” he explained.

Salazar reported that some Russian importers are asking exporters in Ecuador to reduce the box price, as well as cutting their weekly purchases, while others have cancelled signed contracts altogether.

“With regard to logistics, Maersk, CMA CGM and Hapag Lloyd have already announced that they will not transport bananas to Russia, due to the fact that the European transshipment ports have become congested due to the checks carried out on the cargo to verify whether it is food products or medicines (which are allowed into Russia).

“Another shipping company has imposed limiting and onerous conditions, such as high insurance conditions since the Black Sea is considered a war zone. 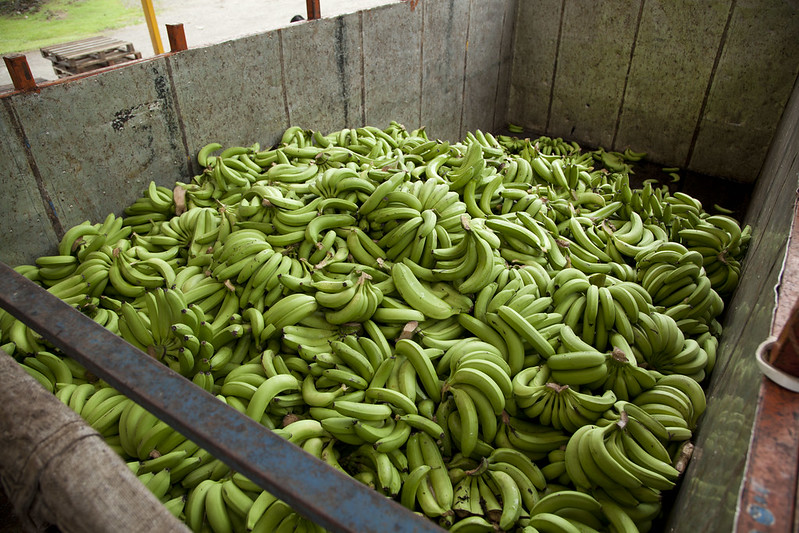