A study of global data on pesticides poisonings has revealed a shocking increase in the number of agricultural workers and farmers harmed by pesticides. The study reviewed scientific literature and publicly available mortality data from the World Health Organisation.

Based on an evaluation of available poisoning data from countries all over the world, the researchers conclude that there are about 385 million cases of acute poisonings each year, up from an estimated 25 million cases in 1990.

This means that about 44% of the global population working on farms — 860 million farmers and agricultural workers – are poisoned every year.

The findings, published in the peer-reviewed journal BMC Public Health, include:

Total fatalities around the world from unintended pesticide poisonings are estimated at around 11,000 deaths per year. Nearly 60% of which occur in just one country, India, indicating serious problems with pesticide use, according to the researchers.

Kristin Schafer, coordinator of Pesticide Action Network (PAN) International, commented: “These findings underscore the urgency of reducing and eliminating the use of highly hazardous pesticides; these pesticides are causing the unacceptable poisoning of those who produce our food, but also chronic health effects such as cancer and ecological impacts such as the collapse of biodiversity. Time for global action is long overdue.”

“These numbers are shocking, but unsurprising,” says Dr Keith Tyrell, Director of PAN UK. “The tragedy is that these poisonings are avoidable – safe and sustainable alternatives exist, and experience from countries like Sri Lanka shows that banning highly hazardous pesticides can be done at low cost with little or no impact on productivity.”

“We realize there are limitations in the data on pesticide poisonings,” notes Javier Souza, PAN Latin America’s coordinator. “But this study clearly shows this as a serious, global problem that warrants immediate action. Highly hazardous pesticides must be phased out by 2030 to meet global Sustainable Development Goals, and we must shift to healthier and more resilient systems like agroecology.”

Note: While this study did not cover pesticide poisoning suicides, an estimated 14 million people have died from suicide using pesticides since the Green Revolution in the 1960s. A recent systematic review of data on suicides from 2006-2015, which this review did not cover, found that pesticides accounted for 14-20% of global suicides leading to 110,000-168,000 deaths annually during the period 2010-2014. 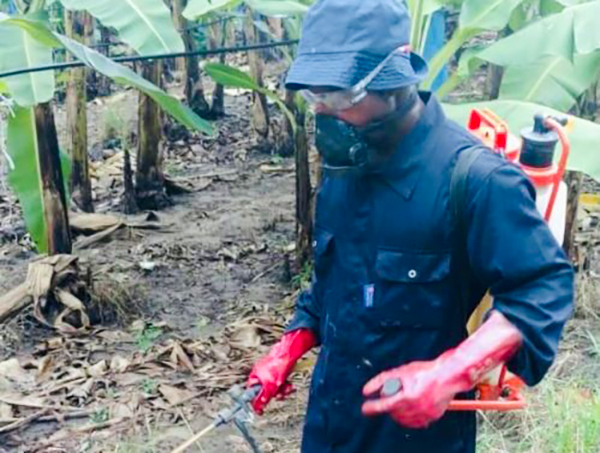