The £15bn merger between Sainsbury’s and Asda is to be subjected to an in-depth investigation by the Competition and Markets Authority (CMA), who said the deal “raises sufficient concerns to be referred for a more in-depth review”.
Following its initial review, the CMA said: “The companies are two of the largest grocery retailers in the UK and their stores overlap in hundreds of local areas, where shoppers could face higher prices or worse quality of service.” The supermarkets themselves say prices will fall.
When the merger was originally announced in May this year, Banana Link expressed concern that the result could be a more powerful buyer able to exert even more pressure on prices by squeezing suppliers even further. The CMA has said that increased buyer power over suppliers is among the aspects of the merger it will now be investigating.
Banana Link does, however, recognise a potential upside. Sainsbury’s and ASDA both have demonstrable commitments to ethical sourcing of bananas. 100% of Sainsbury’s bananas carry the Fairtrade label, which ensures fair minimum prices for suppliers which cover the costs of sustainable production. Both are members, along with Banana Link, of the World Banana Forum, which brings together stakeholders in the global banana supply chain to work towards consensus on best practices for sustainable production and trade.
Alastair Smith, Banana Link International Coordinator said:
“The news is welcome for Banana Link and our partners at the beginning of the retailers’ most important international supply chain. The potential for the new merged company to exert even greater pressure on prices paid to growers goes completely against what these same companies say they want to see in terms of living wages and better environmental practices. An investigation needs to take into account the huge buying power that this would mean for tropical fruit as well as for British producers and workers.“ 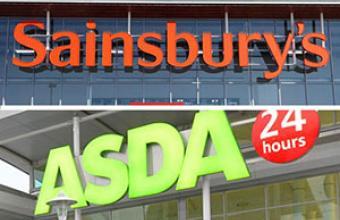