No decent work without freedom of association in Costa Rica

“A two-hundred-year-old democracy in Costa Rica has gone back a century in human rights. It is clear that Costa Rica will be under the scrutiny of international bodies for the gradual destruction of its democracy”, says Rel-UITA Legal Advisor Frank Ulloa.

What will the President of the Republic and the Minister of Labour say about the following opinion of the Inter-American Court of Human Rights (IACHR)?:

“Trade union freedom and freedom of association are fundamental human rights which, together with the right to collective bargaining, assembly and strike, form the basic nucleus for protecting and promoting the right to work and to just and favourable conditions (…)”.

“The development of the content of the right to work is key to strengthening economic and social systems from a rights-based approach, in particular they are of vital importance for the guarantee and enjoyment of other human rights and the autonomous development of the individual”.

“This includes the existence of a system that guarantees every worker access to decent employment and the right not to be unjustly deprived of it. The Court (…) has referred to the content of the right to work as a right protected by Article 26 of the American Convention in respect of which States have specific obligations”.

Indeed, without freedom of association and its correlative rights, it will not be possible to consolidate decent jobs with decent work.

Employment requires job stability, whistleblowing and the existence of trade unions. In Costa Rican companies, trade unionism is not allowed, the Ministry of Labour and Social Security does not take their complaints seriously and, even more serious, the judicial system is costly, inaccessible and slow.

Undoubtedly, the country requires profound changes. In this election year we must position freedom of association as a topic of debate, because the destruction of social guarantees has been the tonic of this government and of the laws it has sent to the Legislative Assembly.

While theory says that human rights are irreversible and progressive, in the Costa Rican anti-union laboratory they have managed to set back the history of human rights in agriculture by a century, especially while thousands of migrant and indigenous workers are subjected to forced labour conditions because there is no freedom of association.

Without a doubt, Costa Rican democracy is in intensive care! 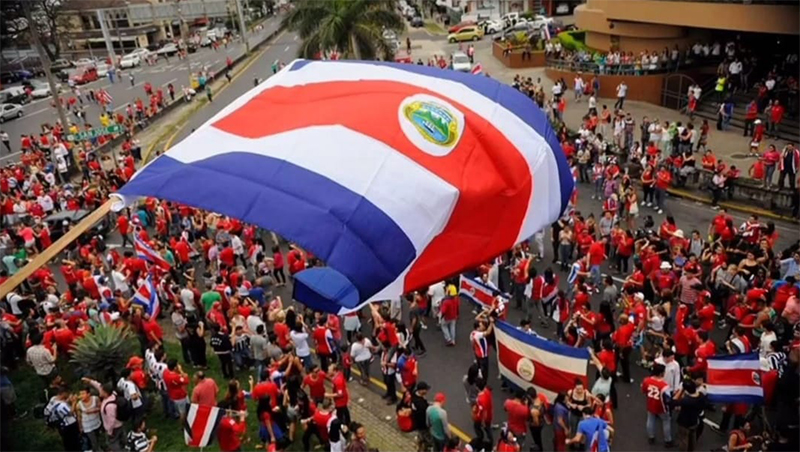