News is just reaching us this morning – Thursday 5 November – that 20,000 people are being evacuated the whole area of the Del Monte plantations in Izabal region of Guatemala because of Tropical storm Eta. Five days of torrential rain have lead to the Motagua River flooding all the banana communities. Women, children and the elderly have been evacuated by company and union owned buses, and only a few younger people have voluntarily stayed in the area.

Our report is from the Cesar Guerra, the Organising Secretary of our partner union SITRABI, who says this could spell the end of some plantations depending on how long the torrential rains go on.

Reefertrends (9/11/2020) is reporting that with Honduras having an estimated total of 15,000 hectares, the country is set to lose 50% of production for a period of at least 9 months, which is the average time it takes between planting and harvesting. The Honduran banana industry is dominated by Dole and Chiquita. The hurricane is also reported to have inflicted significant damage on the Guatemalan banana industry. However there are only anecdotal reports of losses to date.

We have received the videos below from Cesar. 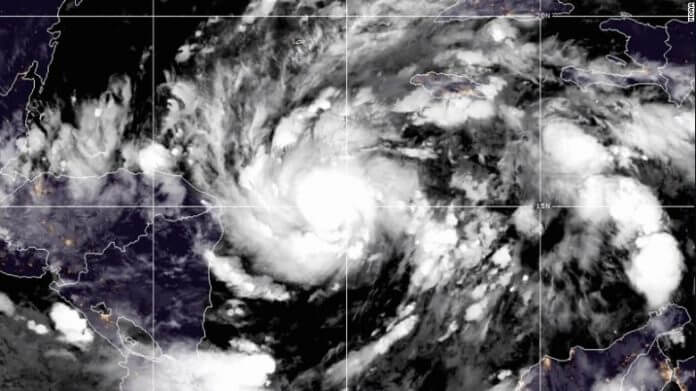