COVID-19 arrived and is causing suffering in our cities, but it is also evident the serious increase in poverty, unemployment, social inequality and low wages. We are also seeing increases in job insecurity, marginalisation and segregation just for being a union member; persecution against trade unions and their members that for decades was kept hidden by the business community has now become evident.

In almost all banana and agro-industrial production countries, companies have made it clear that for them profit comes first, the market, business, and everything else is secondary. In some countries, companies have pushed for changes in collective bargaining processes by doing away with clauses that have been negotiated through decades of efforts by legitimate and independent trade unions.

Organisations are acting at a disadvantage, since the convergence of interests between government bodies and the business community has also become clear: for them the COVID-19 pandemic has provided an opportunity to lower wages, cut social security and health contributions so as to reduce their payroll costs, and provides a way to justify the non-payment of huge debts as employers to the social security system.

The business community has pressured governments to make drastic changes in labour legislation, justifying this by saying it is necessary in order to tackle the “crisis”. Now everything becomes justification: lay-offs, unpaid overtime, lobbying for changes in legislation, laws and emergency decrees. New labour standards have been announced, violating international conventions, all in the name of facing up to the pandemic. All this happens while the international fruit market has not contracted; quite the contrary, in recent months most major importing countries have seen large increases in consumer demand (up to 30% year on year increases in France, for example, and nearly 20% in Germany).

We recognise the efforts of some companies in making agreements or protocols for the prevention of the virus, together with some of our member trade union organisations. The agreements made are to protect health, employment, wages, etc. However, our concern remains deep in countries with great inequality where a kind of norm of injustice prevails in the business community, where problems of entrenched corruption are found at all levels of society. We are particularly worried that the pandemic means that organisations are being pressured and harassed, with impunity.

It seems that the historical human rights laws and conventions adopted after the Second World War by States, alongside social and labour welfare laws, expressed in the standards and recommendations of the ILO, are being treated as history.

In view of this situation, COLSIBA calls on the international community, governments and institutions, the International Labour Organisation (ILO), human rights organisations, church bodies, NGOs and the international trade union movement to support us in the defence of the fundamental human rights of hundreds of thousands of people who today face harsh conditions of inequality with no power to engage in dialogue with the business community in Latin America.

The member organisations of COLSIBA are undertaking awareness and information campaigns that allow us to become visible in the current context highlighted and exacerbated by the pandemic. Only together can we influence the policies imposed in our countries, make our presence felt before governments, institutions, companies and supermarkets, in an organised manner, making use of the best forms of organisation with unity and commitment to advance in this complicated situation. Only in this way can we survive and continue to work on our historic agenda of struggle for social and labour justice for all. 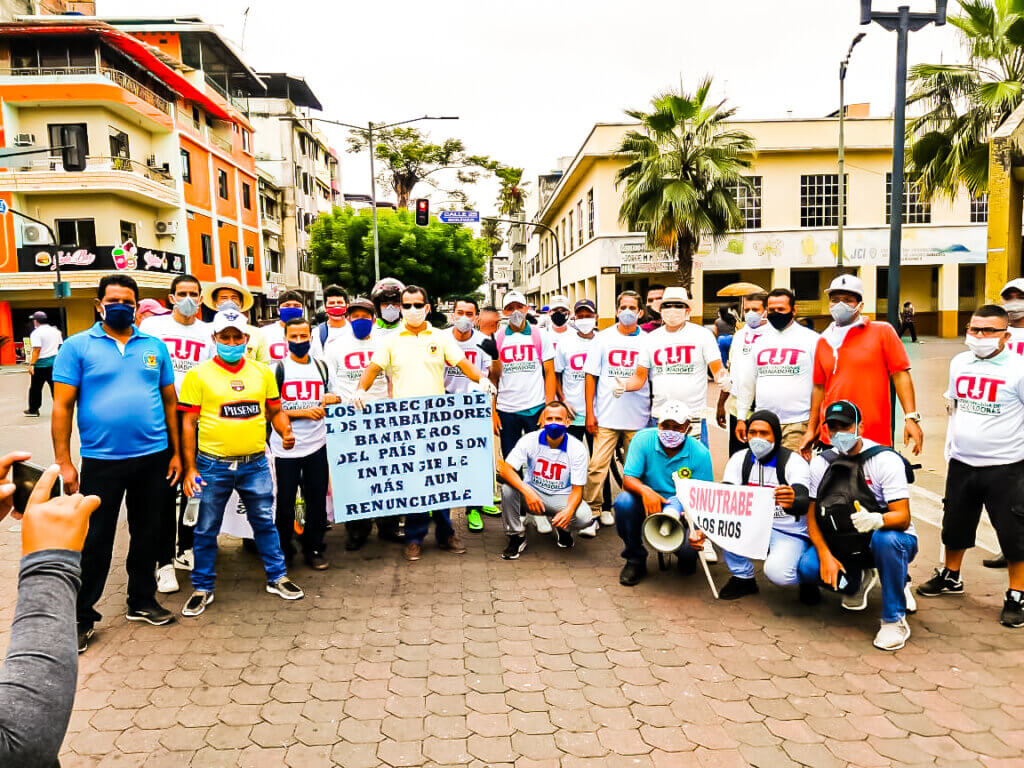