Farewell to Ramón Barrantes, a tireless fighter for plantation workers

Banana Link is shocked and saddened to hear the news that our long time friend and colleague, Costa Rican trade union leader Ramón Barrantes, passed away from Covid 19 on 30 April.

Ramon worked as a banana worker for Del Monte in the 1970s and 80s, and led the Agricultural Plantation Workers Union (SITRAP) for many years until he was fired by the company for his union activities. He was subsequently appointed Secretary General of the Union of Agricultural, Livestock and Cattle Workers of Heredia (SITAGAH) in 1987, going on to be a co-founder of the Coordinating Committee of Banana Unions of Costa Rica (COSIBACR) in 1990, and a co-founder of the Latin American Coordinating Committee of Banana and Agro-industrial Unions (COLSIBA) in 1993. 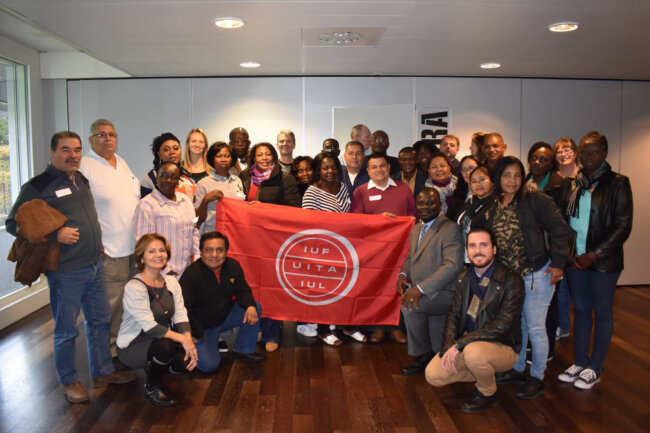 We reproduce tributes to Ramón below.

“It is not easy to say goodbye to a comrade, a friend, a brother who leaves us physically after having completed his existential journey in this journey of life. In the case of Ramon the sorrow is greater because he was an example of union dignity and a tireless fighter.

The COLSIBA family will always remember you as a simple man, a man of solidarity, a fighter with constant humour. His legacy will accompany us in the struggles to come.

We express our deepest condolences to his family and colleagues in Costa Rica for such an irreparable loss.” 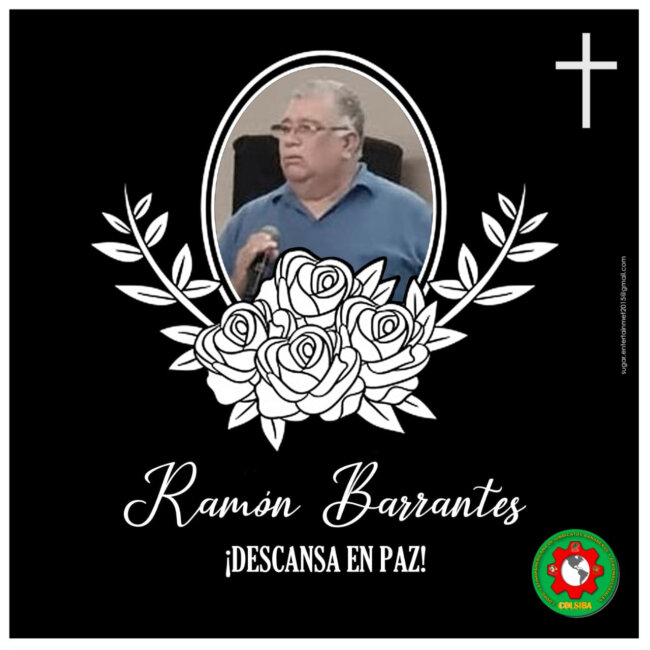 “We wish to express our deep shock and sadness at the sudden death of comrade union leader Ramón Fausto Bernardo Barrantes Cascante. BanaFair and the trade union organisations that comrade Ramón has led and represented in Costa Rica with complete dedication to the fight for labour and human rights of agricultural workers, have developed for many years ties of solidarity cooperation and friendship that are an essential part of our history as an organisation. Comrade Ramón has taught us a lot about life and the harsh reality of agricultural workers, especially banana workers, and how many sacrifices it takes to enforce their rights through union work.

At this time of mourning we want to express our appreciation for this cooperation and friendship.

We send our condolences to Ramón’s family and colleagues. May Ramón rest in peace”. 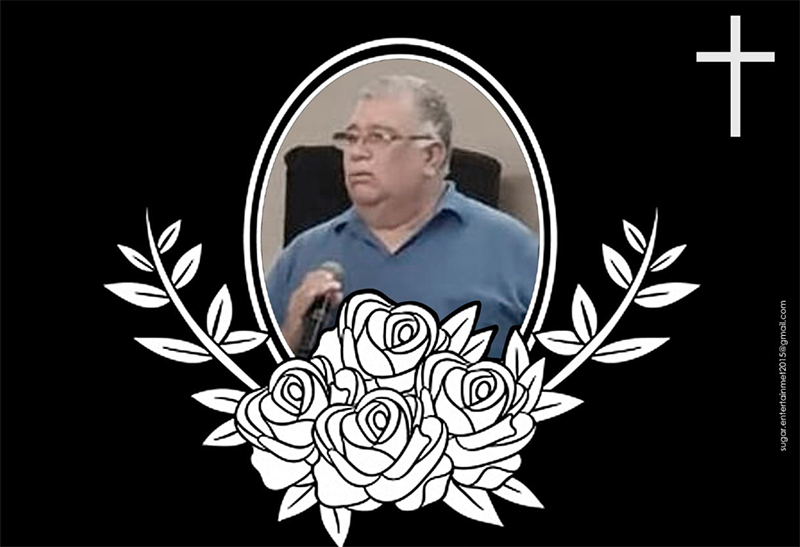