Following years of engaging and advocating for decent salaries, Fairtrade reported recently on welcome progress for workers in the banana sector.

Colombia and Ecuador leading the way

In Ecuador, the salario digno has been established by the government to ensure a just remuneration for workers and reduce poverty. All plantation workers, including those with the lowest salaries, receive at least the salario digno – a decent wage of US$444.62 per month, which is higher than the country’s minimum wage. Preliminary data shows that, on Fairtrade certified plantations, the lowest paid employee receives US$570, plus an average premium of US$31 to contribute toward collective projects.

In the case of Colombia, strong collaboration between trade unions and plantation owners has played an important role in reaching collective bargaining agreements to increase salaries. In September 2019, SINTRAINAGRO, the Colombia’s banana workers’ union, and AUGURA, the employers’ association, which represents the majority of bananas grown for export in Colombia, signed a new agreement to increase salaries by a further 5.5 percent. This increase also comes on top of a negotiated wage rate that exceeds the current minimum wage in the country.

“Fairtrade is an important part of this effort to implement living wages across the global banana industry led by the World Banana Forum. As Fairtrade recognises, it is the role of collective bargaining between trade unions and companies that is central to achieving living wages; and, as Ecuador has shown, governments can also play a very progressive role.”

Fairtrade supports companies by ensuring a stable income for their bananas through the payment of a Fairtrade Minimum Price. In addition, for each box of Fairtrade bananas sold, the workers on Fairtrade certified plantations receive Premium funds which can be used to supplement the basic needs that are part of improved living conditions. For example, employees and their families have access to free education, but using the Fairtrade Premium they can pay for necessary school supplies such as uniforms, shoes and backpacks, and transport to and from school. Employees can access local health care, but the Premium allows them to bypass long waiting times, purchase good quality care and have access to maternal health services, dentists, and emergency care, for example. A school building in Ghana funded by the Fairtrade Premium (Photo: James Robinson)

“Employees and plantation owners need each other; we are a team,” says Esteban Subia, owner of the Fairtrade certified banana plantation Finca El Remanso in Ecuador. “Employees can decide on how to use the Fairtrade Premium money. It took them a while to get used to, but after a year we have already seen a difference: better food, better education, more children in further education and personal development of employees. That is also important for me as the owner. My staff are so motivated and they never let me down.”

A living wage is a benchmark for the minimum pay that employees receive for a standard working week that allows them to enjoy a decent standard of living. It is a wage from which adequate and nutritious food, decent housing, clothing, education, health care, transport and a small buffer for unforeseen expenses can be paid. Local actors in Ecuador and Colombia have made great strides towards paying their workers a decent wage, and Fairtrade seeks to affirm their accomplishments with living wage benchmarks that demonstrate a concerted effort to alleviating poverty in the banana sectors in those countries.

However, other banana producing countries still have a long way to go. In some countries, legal minimum wage levels are inadequate for workers to meet their essential needs. Fairtrade is prioritizing work in banana-producing countries where living wage benchmarks have shown this gap to be significant.

In addition, Fairtrade is also ramping up its work with trade unions, plantations owners, governments, NGOs and other standard-setters to create the right conditions for paying a living wage. In several key Fairtrade banana origins such as the Dominican Republic, Ghana and Cameroon, Fairtrade is already helping to build bridges between workers, trade unions and employers. 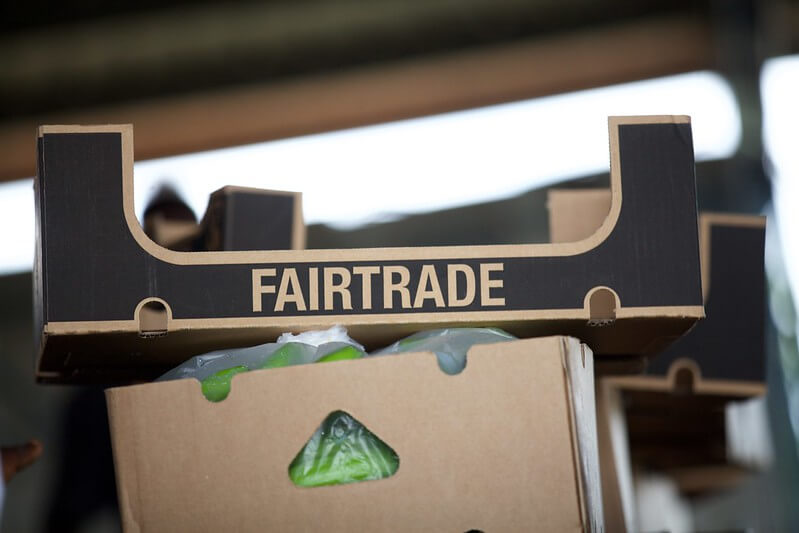