Earlier this month the Ministers of Agriculture from seven Latin American banana producing countries (Ecuador, Colombia, Costa Rica, the Dominican Republic, Guatemala, Honduras and Panama) met at a summit meeting to discuss banana prices, and came out in vocal support of banana producers, sounding the alarm over a price crunch that is taking a toll on smallholder farmers, agricultural workers, rural communities, and the environment.

Although notable by its absence was Peru, who’s banana sector is less significant to their economy and, comprising mostly small-scale farmers, already faces serious problems in terms of price competition due to their lack of scale.

Following the summit, representatives of small-scale Fairtrade certified banana producers have now added their voice to increasing calls to address the threat that continued downward pressure would have on their future.

“If the situation doesn’t change, banana production will have no future“, according to Marike De Peña, president of the Latin American and Caribbean Network of Small Fair Trade Banana Producers. “Prices have been decreasing for decades while social and environmental demands have been increasing. Producers are not being paid enough for a box of bananas to cover production costs, and I’m not talking about sustainable production but normal production.” Adding that “Europe shouldn’t be the one defining prices. Prices must be set by producers, not by the parties buying the product.”

This echoed comments by Juan José Pons, the coordinator of the Ecuadorian Banana Cluster, following the recent summit of Agriculture Ministers, who said “We are in a tremendous crisis. We are all affected by the same thing, we all want to defend banana production.”

“European retailers have been putting pressure on producers to decrease prices. The final prices of bananas have been declining in the last decade. And they have adjusted them with the weakest link in the chain: the producer and, therefore, the worker,” Pons added.

Meanwhile, Silvia Campos Malpartida, Senior Advisor and Global Product Manager for Bananas at Fairtrade says, “Producers are currently being confronted with sharp and repeated price increases triggered by the ongoing supply chain crisis and the escalating cost of fertilizers. Both producers and exporters from across Latin America, the Caribbean, and West Africa have confirmed price increases for packaging, fertilizers, pallets, plastic, inland freight, and custom fees. At the end of the day, there is a legitimate high risk of families losing their farms and widespread job loss in regions where there aren’t many alternatives for earning an income. In a $7 billion industry, that is fundamentally unjust.”

Fairtrade is calling for “the sustainability commitments made by retailers and traders to be matched with real changes to how bananas are priced and traded. Without paying producers a fair price that takes into account all economic, social and environmental costs, any sustainability claim made by retailers and traders is simply not credible. Farmers and workers cannot carry the disproportionate burden of rising production costs – it’s not tenable and not fair.” 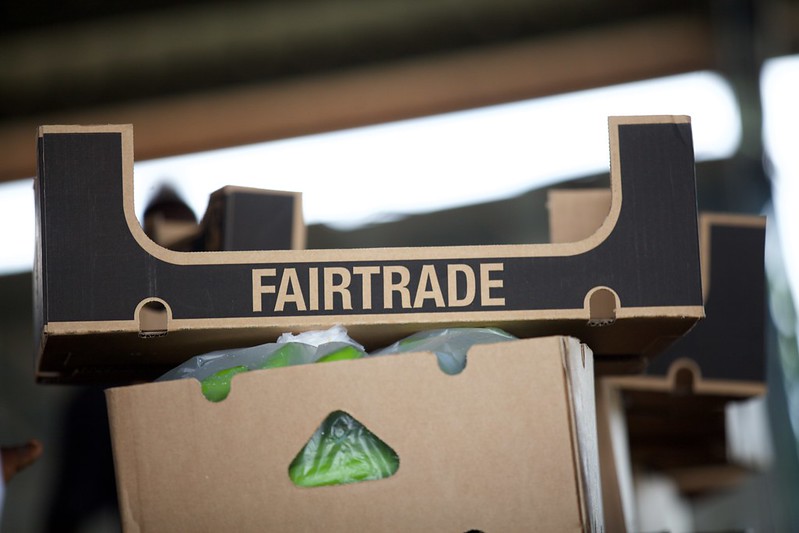