Colombia has been rocked over the past month by widespread protests over proposed tax reforms by the government of President Iván Duque which would have would have increased taxes on low and middle income groups. The protests have been met with violent repression, leaving at least eight dead and thousands injured. Despite the government withdrawing it’s tax plans last week, protests are continuing.

“Protesters are demanding much more than the withdrawal of the tax reform,” said Francisco Maltes, president of the Central Union of Workers (CUT), in a news conference.

Unions are calling for a withdrawal of a proposed health reform and a guaranteed basic income of one million pesos ($260) for all Colombians, as well as the demilitarisation of cities, an end to the ongoing police violence and the dismantling of heavy-handed riot police known as ESMAD.

In this video, plantation workers from the SINTRAINAGRO add their voices for and end to the tax reforms. 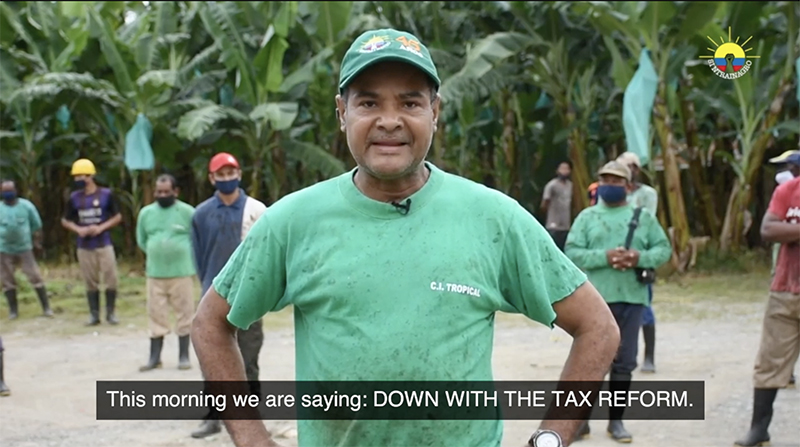