In August this year, Cameroon Development Corporation (CDC) exported only 1,488 tons of banana, its worst export performance in one month since 2005, according to the Cameroon Banana Association (Assobacam). The volume is also just over six times less than the volume exported in August last year (8,560).
During the period under review, CDC slightly exceeded the volume exported by Boh Plantations (Bpl) which stood at 1,164 tons. Meanwhile, the banana market leader Haut Penja Plantation Company (PHP) exported 12,261 tons.
Sources said the poor performance by CDC is due to Anglophone separatists’ violent protests which have been ongoing for more than a year in the South-West region of Cameroon, where CDC owns all its plantations. The situation led the company to suspend operations, leaving employees jobless.
Let’s note that CDC also operates rubber plantations. It is the country’s second largest employer after the civil service.
Read more on the situation in Cameroon
Cameroon: Anglophone crisis could cost 5,000 jobs
How fighting in Cameroon’s Anglophone areas is causing economic turmoil (Radio report)
Burning Cameroon: Images you’re not meant to see
‘Grave abuses’ as 180,000 people displaced in Cameroon
Cameroon, Killings and Destruction: Daily Brief 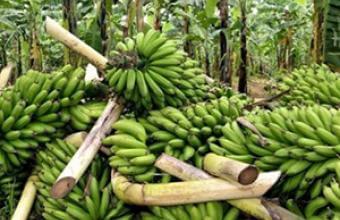