The recent announcement by Aldi that it plans to cut the price it pays for its bananas, threatens the sustainability and livelihoods of small-scale famers and plantation workers.
Average retail prices for bananas have fallen by more than 50 % in real terms over the past 15 years, as a result of supermarket price wars, exacerbating poor incomes for the people who grow the UK’s most consumed fruit. This “race to the bottom” has also amplified significant social and environmental impacts in most banana producing countries, including the denial of basic human rights, notably the freedom to join an independent trade union. Aldi’s action will likely make the situation worse.
The charity Oxfam say that Aldi’s proposed price cuts, would challenge the ability of small-scale farmers, workers and their families to work their way out of poverty and has launched a campaign to persuade Aldi to think again.

You can read more about the Oxfam campaign here.
Click here to visit the Oxfam website, where you can download a letter to hand in to your local ALDI store, calling on the company to:

Banana Link has, for many years, worked to support trade unions in the banana industry, including the right of plantation workers to collectively bargain with employers over pay and working conditions. This includes solidarity from Unison, which has enabled the Costa Rican union SITRAP (Union of Agricultural Plantation Workers) to strengthen its organising and collective bargaining work. Despite SITRAP being in negotiations, the employers say that actions like that of Aldi, in cutting prices, mean they cannot afford pay rises for already struggling workers.
Eduardo Monge of SITRAP explains in this video how the pressure on prices from European supermarkets means low wages and poor standards of living and working conditions.

Additionally, producers’ associations from Colombia, Costa Rica, Ecuador and Guatemala have all expressed anger, saying the move could cause serious issues. This included a letter from the Ecuadorian banana industry, signed by 31 organisations, slamming the retailer’s plans, saying it would “directly affect the workers, the environmental practices, and negate any profits to the growers as it would revert all the sustainability efforts to date“.

It doesn’t have to be this way

Lidl, another Germany-based discount retail chain which also has around 10,000 stores worldwide, seems to be taking a different approach. Just days before Aldi’s plans came to light, Lidl announced it would soon start selling only Fairtrade bananas in its German and Swiss stores.
Lidl’s actions came after 75,000 people signed a petition, (including many Banana Link supporters), as part of the Make Fruit Fair! Campaign, calling for fair wages, health protection and trade union rights for plantation workers in Lidl’s tropical fruit supply chains.

Please take action to support the work of Banana Link by downloading and sending the letter produced by Oxfam to your local Aldi store. 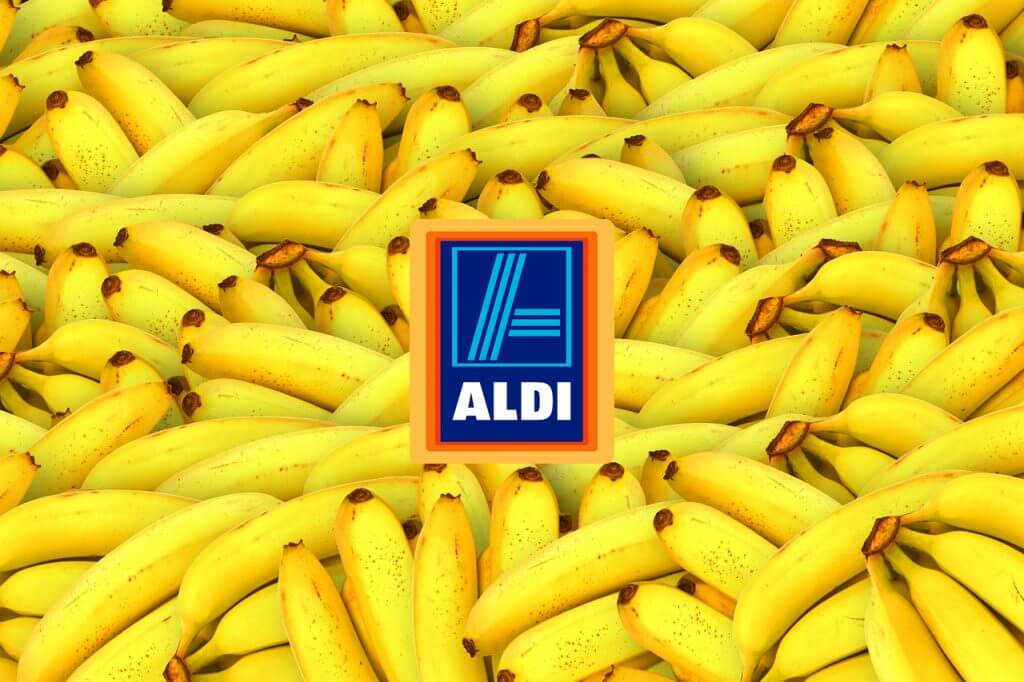