We reproduce below an article that originally appeared in the May 2021 edition of Pesticide News, by Gustavo Gandini of BANELINO, which represents 336 Small-scale organic Fairtrade banana producers in the Dominican Republic.

The Pesticide Action Network UK recently collaborated with the UN Food & Agricultural Organisation (FAO) and policy makers in the Caribbean region on ways to reduce and phase out Highly Hazardous Pesticides. Regional expert, Gustavo Gandini from the Dominican Republic, talks here about the agroecological approach to weed management developed over two decades with organic banana producers:

Firstly I should say that the word ‘weed’ does not exist in organic language! Calling them ‘herbs’ instead leads to a different way of managing them and generating added value. We use the following methods to keep these plants at manageable levels within organic banana systems. 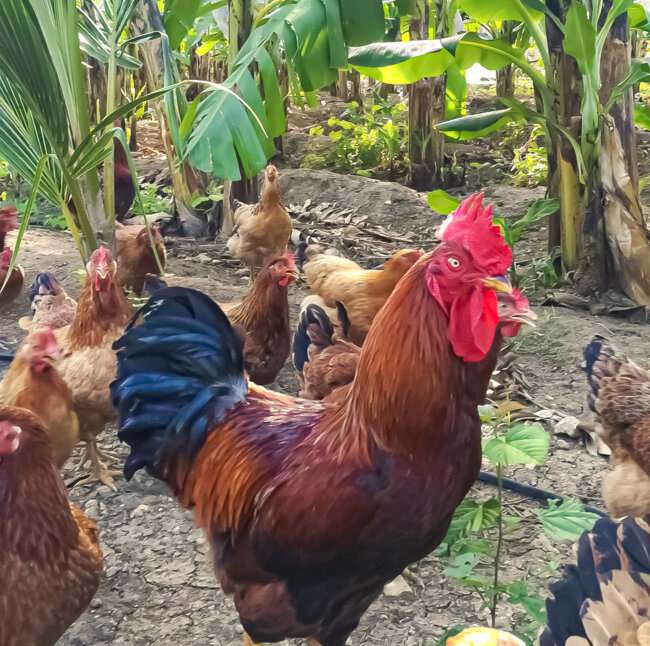 Running chickens to graze amongst bananas as a form of weed management. Credit: Gustavo Gandini

Many agroecological techniques are mutually supportive. For example, by not applying chemical contact or systemic fungicides to manage Sigatoka disease, organic banana farmers benefit from more biodiverse decomposer soil microorganisms, recycling organic matter more efficiently and maintaining a stable mulch cover. In contrast, soils under conventional systems are poor in beneficial fungi and tend to rapidly decline in organic matter. What would help spread agroecological approaches to more farmers are studies to validate and quantify the benefits. 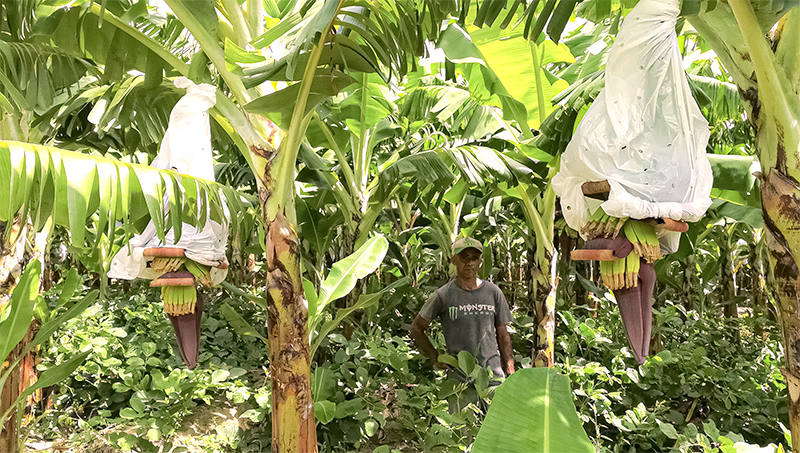